When people bid a dead person farewell, most would say rest in peace. But for casualties of crime, will there really be peace for families and loved ones left behind? More importantly, will there be justice? This was on my mind while I was covering the burial of Anria Espiritu.

For days, I’ve read and heard news stories about her gruesome gang rape and murder in Calumpit, Bulacan. I was thankful I had the chance to at least offer Anria my last respects. She was more than a news report for me.

The story of Anria made me realize how people close to us can become crime victims in an instant. She was the second cousin of my SubSelfie.com co-author Jervis Manahan. If it can happen to the family of Jervis, it can happen to all of us.

Before this tragedy, her family described Anria as a simple woman with simple dreams. Her college course was computer-based accountancy but she once had an opportunity to work as a seawoman abroad. She chose to stay closer to home, never leaving her hometown of Calumpit.

Her friends remember her as sweet and kind. She also played keyboards in her church choir. Anria also had a boyfriend of three years who was devastated with her death. They were not in good terms during the week when she died. But he told me they have discussed plans to get married this coming January. In her family, Anria is the eldest among three siblings. I never got a chance to talk or even see her two brothers. Her mother told me they were very private people.

Her father has been undergoing dialysis sessions for quite some time. On the same day the hospital finally cleared him to return home, the family received the body of Anria.

The March to the Cemetery

Many people expect news reporters to isolate their personal opinions and perspectives during field work. But we’re also human too. I stood in a corner while her family escorted her casket out of their home and into the cemetery. The scenes in front of me broke my heart.

But if anything, the family of Anria can find solace in the number of people who attended her interment. Some were classmates, neighbors, family friends and even strangers.

Justice to the Grave

As I looked over Anria’s final resting place, I wondered how many more were like her — buried in the ground without justice. Along with Anria, should the family bury their hopes that they can convict the demons who did this? I pray they remain strong. It will be a long and frustrating fight. But they must not surrender.

In an Assignment Pilipinas report from State of the Nation with Jessica Soho, official records indicate there are more crime incidents this 2014 than last year. The Philippine National Police reports the following numbers:

The PNP emphasizes they are doing their best to improve the resolution of these cases. From their database, they also report an increase in crime solution efficiency:

These numbers may show progress but they are still numbers. As long as people continue to live in fear when they are out of their homes at night, the peace and order situation is still a major work in progress.

I interviewed a civil society group who visited the Espiritu family on the day of the burial. They were campaigning for the restoration of the death penalty. These advocates argue that criminals are not afraid of the law anymore. The untimely demise of Anria further re-ignited discussions to revive capital punishment.

But as of now, the Philippines is enforcing Republic Act No. 9346, a law that prohibits the death penalty. Our nation is familiar with the death penalty. Through the years, our history has documented the garrote (Gomburza), firing squad (Dr. Jose Rizal), death by hanging (Macario Sakay), electric chair (Maggie de la Riva gang rape case) and lethal injection.

This year, Senator Vicente “Tito” Sotto III is seeking to repeal RA 9346 with Senate Bill 2080. His reason: the rising incidence of heinous crimes in the Philippines. In press interviews last January 30, 2014, President Noynoy Aquino maintains his belief that death penalty is not the only solution against criminality. As an alternative, President Aquino believes the judicial system needs further strengthening.

The rich and powerful may have all the means to escape and defy death. The poor and oppressed may not. I am merely cautious. If the suspect is really guilty and deserving, the death penalty is a bittersweet justice for the victims. If the suspect was innocent all along, we may have no way of knowing the truth if we have a corrupt system.

Justice is elusive. But it is not an imaginary concept and I pray it shall prevail. May the Filipino people help your family find your killers. I shall never forget. 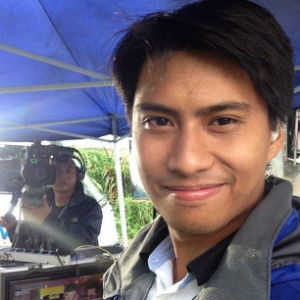 Bam Alegre is the founder of SubSelfie.com and writes from time to time as a guest contributor. He is a News Reporter for GMA News (2012) and an Instructor for the College of Arts and Sciences at the University of the East (2015). He was also part of the team that won GMA News the prestigious George Foster Peabody Award for the news coverage of super typhoon Yolanda (2013). Previously, he worked behind the scenes as a Segment Producer for State of the Nation with Jessica Soho and 24 Oras (2009-2012). He is also the vocalist, pianist and guitarist of the band No Parking (2005). BA Broadcast Communication 2007, UP Diliman. Read more of his articles here.

Operation Smile renews commitment to provide access to high-quality and holistic care to Filipino children and their communities.

‘President Duterte will not undo his work versus addiction.’

Despite the common narrative, tattoos in the country are getting less frowned upon than before.

On her 24th, Liza stages a 24-hour fundraiser for children

Liza celebrates her birthday with a fundraiser for children.