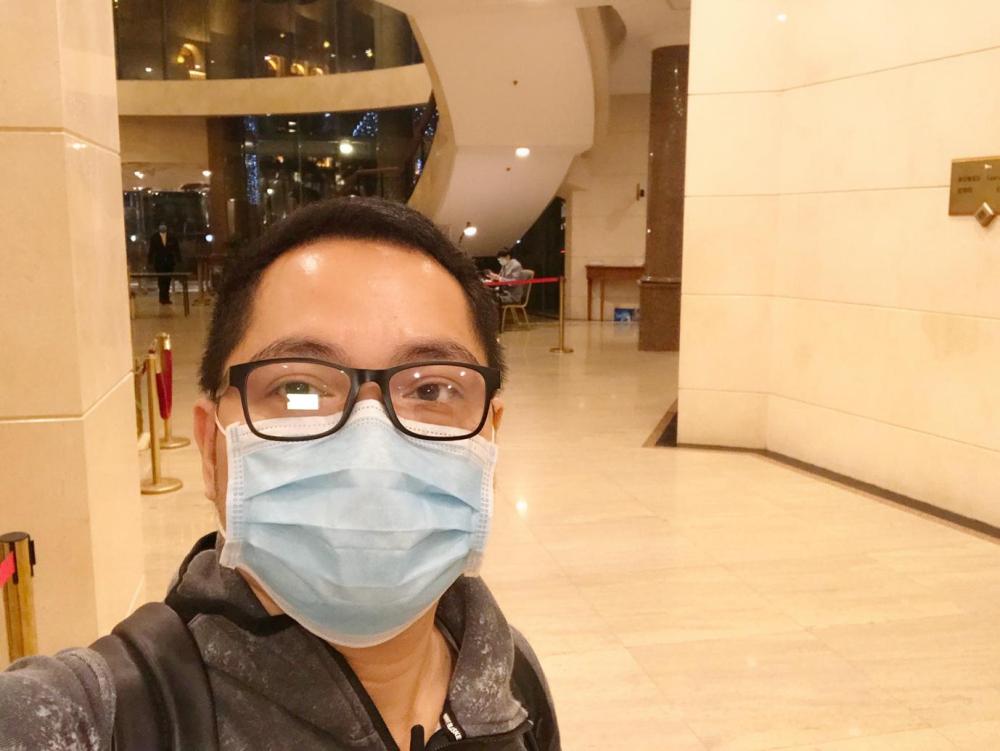 Metro Manila was gearing for a lockdown, and I had yet to find a flight to Macau. For an overseas Filipino worker like me, time was ticking.

With the impending threat of COVID-19, my travel to Macau and the ensuing quarantine were nothing short of an adventure.

March 16, 2020. I was in my small flat in Sucat, Parañaque watching on TV the round-the-clock news of COVID-19 that had worn me to a frazzle. Philippine President Rodrigo Duterte announced the enforcement of a 72-hour leeway for people wanting to leave the country before the cancellation of outbound international flights.

I wasted no time to find the earliest flight available, notwithstanding the scarce and costly seats.

I left on the morning of March 18 when the Luzon-wide enhanced community quarantine had already been in place. With Grab cars and taxis out of the street, I asked a family friend to take me to the airport, and for the first time in years, we parted without the customary beso.

I left Manila with a surreal image of empty streets and the enduring fear of contracting the virus should my hands land on contaminated spaces.

Along with a colleague, I arrived in Hong Kong via a Cathay Pacific flight. There were no more ferry services, too; the only way to get to Macau was the Hong Kong-Zhuhai-Macau Bridge — the longest ‘bridge-cum-tunnel sea crossing in the world’.

Social distancing was prevalent among bus passengers. I took solace from the panoramic view of the open sea until another passenger let out a loud sneeze, which made everyone cower in their seats. The sheepishness on the woman’s face made me realize how a single sneeze could really make one a social menace these days.

Watching the wide expanse of the ocean slit by a narrow bridge that looked like a serpent escaping an imminent danger, I could not help but overthink. What more harm could the pandemic do to the world – or say my career, my no-work-no-pay family, and my friends, who are in the frontlines of health services?

I lost count of the number of temperature scans I underwent from one port to another. The exception was the scan at the mouth of the Macau immigration. The amount of physical and mental anguish of crossing borders amid a formidable pandemic was enough to make me feel feverish, and a slight deflection from normal temperature could mean a red flag. Thank God I was a few points safe from getting one.

There was a row of neatly lined chairs for the health interviews of arriving guests, returning residents and migrant workers. The open space just across the immigration booths became an organized holding area, complete with photocopying machines for document processing.

Clad in green disposable medical gown, men and women from the health or police bureau conducted health profiling and issued advice whether one had to be subjected to a 14-day home or hotel quarantine.

While I anticipated the latter, I felt a sense of relief when my colleague and I received instructions to conduct home quarantine. It came with a strict warning that violation thereof would be a criminal offense.

We arrived in our apartment hours before midnight – just in time when the government released an order banning all migrant workers from entering Macau!

If our plane left Manila a little bit later, we’d find ourselves in deep water.

So how did I spend my days of solitude? I managed to be preoccupied and productive, either conducting online meetings with my students, making magic in the kitchen, disinfecting the floor with pure bleach and detergent, or belting high notes of my favorite songs.

The first week of my home quarantine almost felt like a spiritual retreat.

There were daily calls from the health bureau asking for my body temperature and certain symptoms. The police would do random checks if we were at home. More importantly, there were scheduled health visits to collect samples from me for a COVID-19 test.

Seeing the biohazard logo boldly printed on the specimen bag made me squirm. I never thought I’d undergo testing for the novel coronavirus, but it was something I could not refuse; it was mandatory for all people under quarantine.

The first test required at least one milliliter of saliva collected in a plastic tube. Accordingly, if one did not receive news in two or three days, the result would be negative. I did not get any news, but in between those days was the agony of waiting.

Day 8 of my home quarantine, I received a call from the health bureau advising me and my colleague to pack some clothes because police officers would arrive in an hour to escort us into our new quarantine site — a hotel.

It was disorienting. I didn’t know how many clothes to bring and who to inform of the sudden news. For the first time in my life, the word ‘hotel’ did not give me a sense of excitement but rather a feeling of displacement.

My anxiety got the better of me when three men all dressed in white gowns, masks, and protective shields appeared at the door. They ushered us to the bus waiting at the entrance of the building.

The inside of the vehicle had thick plastic wraps as if its passengers were hosts to the world’s deadliest virus.

My colleague had the sense of humor to have a selfie with the men-in-white, but my mind only conjured up disconcerting thoughts about getting sick or getting isolated.

It only took us five minutes to reach the hotel, but during that short travel time, a flood of questions rushed to my head: How on earth did it happen? Was my test positive that I had to go through close monitoring? Would I be taken straight to the hospital for further tests? Watching the news was one thing; experiencing it was another.

Unlike a usual holiday, the hotel lobby looked dull. There were several guests who were also cut short from their home quarantine. Social distancing proved to be the new social etiquette as they were in a queue by the entrance.

While waiting in line, a fellow Filipino, who just returned to Macau after taking leave from work, expressed his worries about losing his work should he undergo a longer quarantine period or get a diagnosis of COVID-19.

I could imagine the same predicament confronting thousands of overseas workers because of this new pandemic.

There were no fancy greetings or welcome drinks upon check-in but a list of what-to and what-not-to. Seclusion set in when I had to part ways with my colleague since there were no room sharing.

I was at Room 925, and it was my home for the next six days. Thank goodness I did not have to start from day zero as I only had to continue my home quarantine – without being ‘at home’.

One of the first commercial structures in Taipa Island, the four-star hotel looked nondescript without the noise of excited guests and a number of staff keeping the corridors spick and span. Across the lift on the ninth floor was a man trying to put up a smile but which expression was in vain as he was wearing a mask.

I had a cozy room with twin beds, a coffee table and two accent chairs, a small pantry and closet, and a bath tub. The room fixtures were unpretentious but enough to give a good-weekend-feel.

Yet the most notable of them all was the oversized glass window framing the opulence of the Galaxy Hotel standing unperturbed by the invasive malady that has been threatening territories. From my window, I could see the glamor of the gambling city, but which was a stark contrast to the grinding reality filled with risks and uncertainty.

Preoccupied with work, I easily overcame loneliness, or perhaps I did not feel it at all. I received regular calls from my family in Manila, my department head, and my close friends, who always found something to laugh about even in the most frivolous things.

Hotel staff came on strict schedule to either deliver rations and check body temperature. As no one was allowed to enter my room, exchanges were only made at the door. Not bad for someone who was in quarantine. At least I had regular visits, though a few were scared to hand me my change every time I paid for room service.

Then came the nasal swab. This test required a long stick to be inserted deep onto my nose. I detested it.

Two days passed, and I did not hear any news about it, and so I felt relief. Yet, one was not enough. A couple of days later, there was another nasal swab.

This time, the thin plastic rod was inserted deeper onto my nose, painfully scraping it. I broke into tears. Why must I complain when many people around the world have been desperate to get tested for coronavirus?

I never got a call from the health bureau regarding the results of my tests, but getting one would mean an unfortunate news. When a hotel staff instructed me to go down to settle my bills (which the government refunded a day later), my heart leapt with joy.

I was not thinking of gallivanting around the city after being isolated for two weeks, but I was rejoicing the fact that I was healthy. Perhaps my recent obsession with hand sanitizers and multivitamins did pay off. Of course, I must credit the heavens for heeding my fervent prayers. After all, health and well-being are the only things that matter amid a world health crisis.

I had my first taste of freedom after the two-week home and later hotel quarantine on the morning of April 1. Reunited with my colleague at the hotel lobby, we joined a line of people, who also served their mandatory quarantine.

It was like a commencement exercise; our names were called out one by one, and we walked across the hall to claim our health certificates. When my turn came, I could hear Edward Elgar’s “Pomp and Circumstance” playing in my mind.

When I breathed the cold spring wind outside the hotel, I knew it wasn’t April Fools. 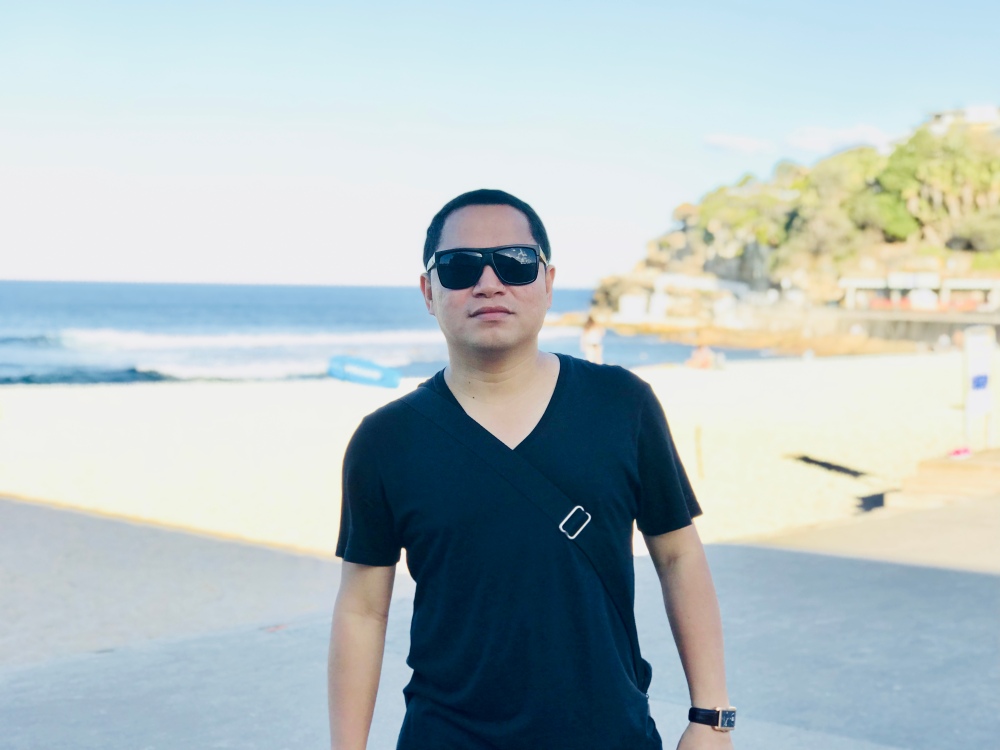 Marvin M. Enderes finished Bachelor of Arts, Bachelor of Science and Bachelor of Secondary Education Major in English cum laude at the Philippine Normal University Manila, which also bestowed him the Graciano Lopez Jaena Award in Journalism in 2003. He was former editor-in-chief of the university’s student periodical, The TORCH Publications. He currently teaches Cambridge International General Certificate of Secondary Education, First Language English and Literature in English at Macau Anglican College, Macau. He received the International Educator Award of Excellence and Influential Teacher of the Year award from the United Federation of Filipino–American Educators in 2018 and 2019, respectively. He loves to cook and travel.