By all means, rage against the corrupt, elitist, mysoginistic, padrino system-loving culture of fraternities — but please do not forget to check on the company you keep.

This culture of toxic masculinity is alive and well because it feeds off from our own inaction, our being complicit, if only because we refrain or refuse to call out terrible behavior whenever we encounter it.

I’ve had lunch with men who told me, “Sa kusina lang dapat ang babae,” because it’s supposed to be funny, and they thought that was a joke. I angrily retorted,”Grabe kayo,” and I was told I was overreacting, because it was supposed to be a joke. Sure, women fought long and hard to change that notion, and it’s stuff for jokes these days.

I’ve worked on stories with someone who quipped,”Rape-in ko ‘yan!” after seeing women dressed in tight-fitting school girl uniforms, luring customers in one of Metro Manila’s red light districts. It was not something I caught right at the moment, but something I chanced upon while reviewing a video. How disgusting is that?

I’ve heard a guy say,”Pa-isa lang,” on several occasions, addressing women he observes from afar. I never said anything about it whenever I would catch him at it, probably just low-key reacted,”Grabe,” but never called it out strongly enough.

People will argue,”Boys will be boys,” and “That was just a joke,” but if only I could, I would have reacted differently. It turns out, the same guy eventually said the same line later on, only it was directed to an actual person nearby, and it was not a joke anymore.

These are only some of the top of mind encounters I had, and I can’t even begin to describe how appalling they are.

Survivors would often hear about “the bigger picture” and would usually be fed with a more positive, more understanding perspective on how offenders are likely victims as well, and therefore, need help just the same.

Those words never helped any of the survivors. And in the real world, most of them are left to help themselves.

AND THESE OFFENDERS GET AWAY WITH IT.

AND SOME OF THEM AREN’T STRANGERS TO US.

If we really care about eliminating this toxic hegemonic masculinity, let’s start with the small yet surefire step of checking the company we keep. Call them out and never tolerate bad behavior when you see it.

And you know how we deal with rotten crops? Yes, they can be good fertilizer, but remember, the stink’s gonna bring in droves of flies.

Editor’s note: The featured image is courtesy of  The Daily Californian. 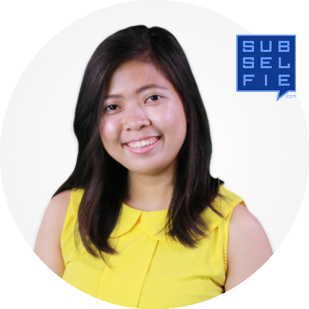 Dawnavie Dadis is a Segment Producer for DocuCentral, the special projects arm of ABS-CBN Integrated News and Current Affairs. Doing the laundry is her form of mediation. The shower is her territory for musings.

She is a story and a story-teller. She previously worked for GMA News as a Segment Producer for News TV Quick Response Team (QRT) and as a News Producer for the morning newscasts Unang Hirit and Kape’t Balita. Journalism 2012, UP Diliman. Read more of her articles here.