It was eight o’ clock in the evening along Taft Avenue in Manila when a street child was going around each store to ask for food, if not for some coins. He was thin, muddled, and soaked in the rain. He approached me with the usual demand, “Kuya, pahingi naman ng pambiling pagkain.” (Older brother, can I have money for food?) I told him that I don’t have my wallet and I started a conversation with him. I asked, “Nasaan si mama mo? Umuwi ka na; umuulan.” (Where is your mother? Go home; it is raining.)

Then he replied: “Walang pagkain sa bahay.”  (There is no food at home). I then asked another question: “Eh si Tatay mo?” (How about your father?)

“Wala, nadamay sa tokhang”, he answered. (None, he was implicated in a police operation)

To the boy I spoke with, I wanted to tell you that night, and if only I could have explained everything simply to you, that none of the choices of your parents should warrant your potentials in life; and that whatever you experience today should not be blamed unto you. You are a victim of social inequalities wherein the powerful controls the powerless; and that the former are the ones who can only afford to go on a justice shopping spree with multiple passes.

I wanted you to know that whatever choice your father has made – he still is warranted to be given due process without being killed. It is not because justice is only for the privileged; but because justice should be for all. I was stunned the moment you told me that you lost your father without any hint of anguish from you. I did not feel the pain in you, but rather acceptance. I would understand if you were told many times that your father was evil, that he committed a mistake that could have turned him into a monster. A monster that is capable of aggression, hostility, and violence. He was a squander. This was your father to them.

I wanted to tell you all these things, and if only I could, not to seed anger and retribution but to help you realize that the bullets in your father’s body will never be justified for the kind of “change” that others wanted. I wanted you to know, that these people who claimed the change they sought was never inclusive to people like you. They were seeking after the change that is discriminatory, selective and selfish. They only wanted change for themselves, not for everyone.

Someday when you realize how painful it was growing up having no father; I still want you to believe that justice should favor no one; and that tirelessly, we all must seek for it.

Lastly, I wanted to tell you that no matter what, violence is never a way out of desolation; that there is change in hope, not in fear.

I wanted to tell you: dream again. 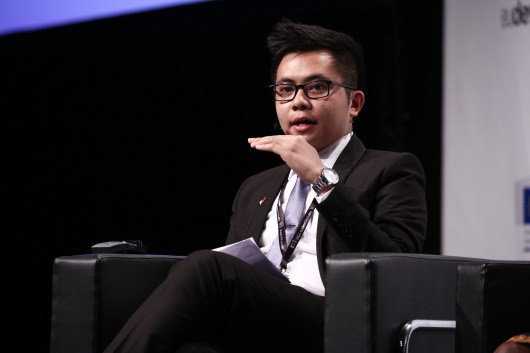 RJ Barrete is a development worker based in Manila, Philippines. His work involves constructive sectoral engagements in select communities in the country focusing on human rights, poverty solutions, and social protection. He is also taking up Master in International Studies at the University of the Philippines in Diliman.