The stage is bare, black, and empty.

Yet this emptiness is the most telling of Eimear Mcbride’s A Girl is a Half-Formed Thing, which has been recently adapted in Filipino and premiered in Dulaang UP (DUP).

A single actress is all it took for DUP to stage a story of 15 characters, each of whom has a haunting story in the narrative.

Dulaang UP’s Ang Dalagita’y ‘Sang ‘Bagay Na Di Buo is the premiere of McBride’s award-winning novel. Directed by Jose Estrella and translated by Rody Vera, this is the first time it will be seen in the country. Three powerful women – Skyzyx Labastilla, Missy Maramara, and Opaline Santos – alternate for the “girl”.

The story took off quite slowly. The feminist lens with which the story has been told magnified the struggles of a woman whose background wasn’t so unfamiliar. Central to the narrative is an unnamed woman who had to deal with a wicked mother and a rapist uncle. But she doesn’t only carry her multi-layered persona, she also portrays the complexities of each of the characters involved.

In two break-less hours, #DUPDalagita is an experience of the subversion of harrowing struggles. Maybe not everyone will be able to relate, but with society’s attacks on women (read: Duterte’s comments on the vagina and rape) the story is still very relevant.

While rape and other forms of sexual abuse have definitely no place in a civilized society, we cannot deny that it still happens. Our culture finds talking about rape as taboo, but we have to talk about it in order to address it.

Lots of stories about rape appeared in various literature but most were told from the perspective of the man – who is usually the more powerful, the oppressor, the victor. How sensitive are we as a nation to the plight of the victims of sexual abuse?

With a foul-mouthed and misogynistic president who in many instances attacked women, plays such as #DUPDalagita is essential in widening the discourse on the matter. It may be fictional, but stories like this one are representations of reality. The “girl” is unnamed because it doesn’t really point to one person – she is representative of a sector comprising half of the world’s population.

Also, one might ask – does the story empower women? Or does it merely show her vulnerabilities? At this point, it’s immaterial. As long as it keeps discourses and conversations beyond the performance, and even outside the theatre, the goal has been achieved.

However, the play has its own shares of weaknesses. With not much visual cues to transition scenes, some parts were outright dragging. And while the courage to try various theatrical forms remain laudable, experimental productions face the challenge of being a hit or a miss. This play might not stand out as one of the best, but it will own its space in the annals of feminist theatre history. 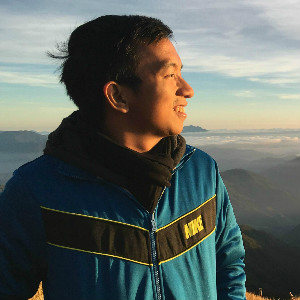 Jervis Manahan is a News Reporter for ABS-CBN Integrated News and Current Affairs and is part of the original roster that founded SubSelfie.com. Previously, he was a Correspondent for PTV 4. He also worked before with GMA News and Public Affairs as a News Writer for 24 Oras and Unang Balita, and a News Researcher for State of the Nation with Jessica Soho. Broadcast Communication 2012, UP Diliman. Read more of his articles here.