The excitement is rife as the majority of Metro Manila’s cinemas reopen to the public following the shift to Alert Level 2. Alongside that comes, one of the leading international film festivals in Southeast Asia, returning bolder this year with a hybrid edition.

The QCinema International Film Festival will be showing from November 26 to December 5, with in-person screenings at Gateway Cineplex 10 and online streaming via KTX.ph featuring award winning and critically acclaimed films from all over the world.

Coming from by-invitation-only physical screenings last year, QCinema will be the first since the start of the coronavirus pandemic to be held physically in select cinemas.

With higher expectations, festival director Ed Lejano, calls QCinema 2021 a booster shot for the film festival experience as it comes back to cinemas after two years.

“We are starting modestly because before we used to have many cinemas, many venues all over NCR but baby steps tayo ngayon. We’re just limiting it to Gateway and KTX. One theater at a time but sometime during the middle of the festival, we will move to two theaters while we have a different slate of films to be offered streaming,” Lejano explained.

Opening the festival will be Apichatpong Weerasethakul’s “Memoria,” Cannes Festival 2021 Jury Prize winner and Colombian entry to the 94th Academy Awards. The film, which stars Tilda Swinton, is the acclaimed director’s first English language film. It will have its Southeast Asian premiere with QCinema 2021 along with other multi awarded films “The Worst Person in the World” by Joachim Trier and Ryūsuke Hamaguchi’s 2021 films, in partnership with The Japan Foundation,“Wheel of Fortune and Fantasy” and “Drive My Car.”

Aside from these Screen International selections, QCinema will also screen at Gateway Cineplex 10 “Great Freedom” under RainbowQC section; “Lamb” under New Horizons section; and “Onoda: 10,000 Nights in the Jungle” and “Historya ni Ha” under “Special Screenings.”

There will also be free screenings for select Patrick Alcedo films. These are the “A Will to Dream” and short films “They Call Me Dax” and “Am I Being Selfish.”

To complete this year’s hybrid edition, QCinema partnered with KTX for online streaming. Lejano stated that the online component widened the festival’s reach with more viewers outside Metro Manila gaining access to the festival.

Under the Screen International section are “My Salinger Year,” Southeast Asian premiere of “The Great Movement,” and “Miracle.” Apples,” “Magnetic Beats,” “El Planeta,” and “Playground” will be part of the New Horizons section, which ushers debut films from all over the world. New section Asian Voices features new opus from Asian directors. Films featured in this section include “Yuni” and “Islands.”

Also having their online streaming are “The Girl and the Spider” under RainbowQC; and “Baboy Halas” and “Suburban Birds” under Netpac Reloaded.

This year proves to be a great rebound for QCinema because for the first time since its founding in 2013, they will be having two Shorts Programs, #QCShorts and Asian Shorts, which will both have theatrical screening and online streaming. 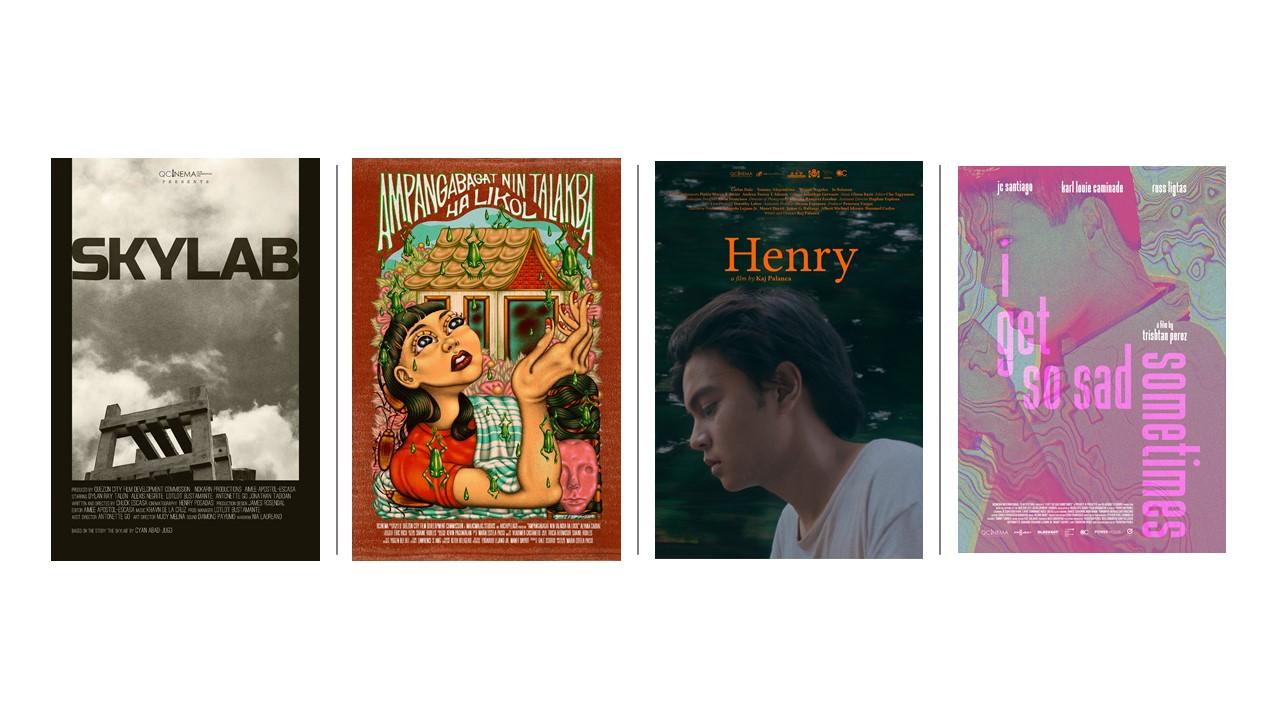 These competition films received production grants from QCinema, amounting to an overall budget of 12.5 million pesos this year.

“For this year we have a very streamlined line up of events so what we are recognizing are our grantees, our QCinema shorts grantees. Six of these films each received P600,000, production grant which was increased many times over. We increased the fundings because of the protocols, the reality of lock in shoots kaya tumaas yung budget ng short films. So, these are the ones we are recognizing for this year,” Lejano explained when asked about the recognition night for the competition.

Moviegoers can also watch the Asian Shorts which is an exhibition non-competion section. Included in the lineup are the films  “Dear to Me” by Monica Vanesa Tedja, “Sunrise in My Mind” by Danech San, “New Abnormal” by Sorayos Prapapa, and “Live In Cloud-Cuckoo Land” by Vũ Minh Nghĩa & Phạm Hoàng Minh Thy. Also included in the Asian Shorts section is the Philippine premiere of “How to Die Young in Manila” by Petersen Vargas and “Filipiñana” by Rafael Manuel. 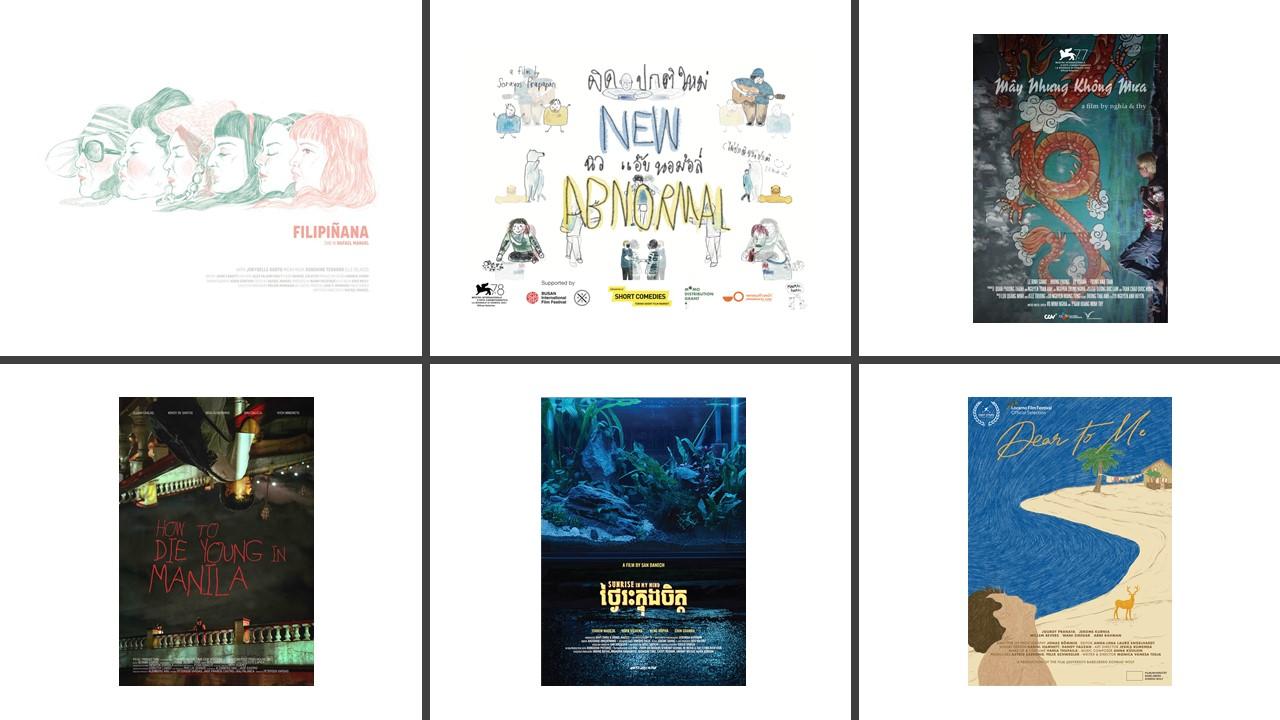 With a total of 38 films from different film sections to be screened through the physical cinemas and via online streaming, QCinema is excited to bring timely stories from filmmakers all over the world.

“In this new normal being able to do this in our modest way in Araneta Center and nationwide on KTX that’s enough of an accomplishment. The measure of success is how happy people are with the programming, how prepared we are in the procedure, for tickets, for promotions, how clear the schedules are and there are no major glitches,” Lejano said.

Quezon City Mayor Joy Belmonte, who has been very supportive of the festival, assures that QCinema organizers will be following the cinema health protocols while protecting the viewers’ health through the continuous observance of public health protocols and interventions.

“I assembled a team from the business permits and licensing department, members of our city health department, our building officials and this team went around to our different theaters to check on issues like ventilation among others. Because as you know we are very careful with the three C’s—these are confined, crowded, and close contact settings. And as we know theaters can be all three of that right? So we’re careful,” Belmonte said.

Moviegoers are expected to observe the Inter-Agency Task Force and Gateway Cinema safety protocols during the screenings. And if QCinema proves to be a success amid the ongoing pandemic, it will serve as a blueprint and model for the next film festivals to be held in the future, under a new normal.

More details about the festival at https://qcinema.ph/

Updates are also available on its social media channels.

Gina Costante is an editorial intern of SubSelfie.com and student of Broadcast Communication in the Polytechnic University of the Philippines.