The little town of Rizal, Laguna often meets criticism by its neighboring towns. A fifth class municipality, it does not boast of huge economic gains or tax revenues. No big malls, cinema, or loud bars. To some, it is known as the dirt-poor municipality of Laguna.

But the mayor does not mind.

After all, Rizal is getting famous in the province for its knack for garbage collection. Neighboring towns and institutions have been dumping their recyclable wastes into the town hall in an effort to build something useful out of trash.

While some have been building plastic boats or Christmas lanterns from plastic bottles, the residents of Rizal are building something bigger — big enough to house a class of over 40 students inside.

“I gladly welcome being made famous by garbage if it means we are doing something good for the environment,” Mayor Anton Aurelio says.

This is the first Bottle Building in Asia. Standing on 200 square meters of government land, the building is made up of 23,000 polyethylene terephthalate (PET) bottles. The school is built from community effort led by the senior citizens of Rizal. Each plastic bottle is filled with mud and a small portion of cement and is left to dry for a week to solidify as brick.

Illac Diaz of My Shelter Foundation aims to bring affordable and sustainable green technology to every home. But just how reliable are bottle bricks against earthquake and floods?

“They are more than twice than the available hollow blocks in the market as they are 10 inches thick. They can withstand high winds and they are bound together by cement mixed with ground feathers to act as a web fiber to hold the bricks stronger into place,” Diaz said.

“We have proven the strength of bottle brick. We tested it after it dried for a week. We are actually looking for donations of plastic bottles because we plan to expand construction and build more eco-friendly buildings,” Aurelio said.

My Shelter Foundation hopes to bring this innovation to other communities often hit by typhoons by upcycling bottles into social community centers and medical centers.

For now, the Bottle Building acts as a temporary school.

With the implementation of K-12 system, many schools in Rizal, including the Cristobal Conducto Memorial National High School, is experiencing difficulty in accommodating the influx of students. As several classrooms are undergoing construction, the Bottle School serves as a temporary refuge for students without classrooms.

“The Bottle School has become a multi-purpose center for the community. Whoever needs it can take shelter inside the building,” Principal Leonila Murad said.

Students also become more exposed and involved in the recycling efforts creating a ripple effect of awareness in the community. “We are very proud to be able to contribute to the construction of this school. These bottles were once garbage at home, and now we can see what they have become when reused effectively,” a student said.

According to the National Oceanic and Atmospheric Administration, a plastic bottle can take up to almost 500 years before they can fully disintegrate. That translates to up to 25 generations!

We do not have a conclusive set of statistics in the Philippines yet, but to give an idea about how much wastage we produce every year, Americans purchase 29 billion bottles every year. The amount of crude oil needed to manufacture those 29 billion bottles is “17 million barrels of crude oil annually. That is equivalent to the fuel needed to keep one million vehicles on the road for 12 months,” according to the National Geographic report.

Around 50 percent of the plastic we use everyday, we use just once and throw away. Where do these plastic bottles go? They float into the sewers, then end up into the rivers, and eventually into the oceans.

Plastic constitutes approximately 90 percent of all trash floating on the ocean’s surface, with 46,000 pieces of plastic per square mile, according to a report published by the Los Angeles Times. The amount of plastic we produce and consume everyday is choking us, and the worse part is, we don’t even know it.

The town of Rizal took a big step in reducing plastic waste through its Bottle School. Not everybody can build a building out of plastic but everyone can take part in a revolution to reduce wastage. Here’s how:

Too often we underestimate the power of communication and awareness. At this crucial point in time, it can spell the difference between apathy and concern.

“Global warming is here.  We should recycle trash into useful things and build a culture of awareness among students regarding the effects of climate change,” said Laguna Schools Division Supt. Jocelyn Solana. 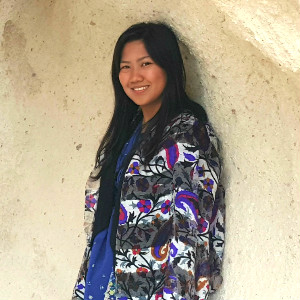 Hon Sophia Balod is a storyteller. She is currently a News Producer of special reports and features for Balitanghali, Saksi, and State of the Nation with Jessica Soho. She is also a media fellow of the Philippine Center for Investigative Journalism for Basic and Advanced Investigative Reporting. Journalism 2010, UP Diliman. Read more of her articles here.