Pursuing one’s passion while being paid is a blessing. Journalism is a craft I love and I am fortunate to work for one of the largest TV networks in the Philippines. In fact, I have spent all my working years here. But in an instant, the very life I have learned to love may become a distant memory soon. As the year ends, I may be jobless.

Talents Behind the Camera

Working for one of the leading media companies in the Philippines is the dream for many graduates of Journalism, Communication Arts or Broadcast Communication courses. It was for me, too. I was a “talent” and it seemed nice. It made me feel like an asset of the company. And I believed one of the core values of the company: we value our people.

But the reality is, the job is not as glamorous as some would think.

Program researchers look for stories and search for all its elements and case studies. Segment producers oversee the shoot or taping along with the video journalists (cameramen and assistant cameramen). The team goes on out of town trips, to places we are not familiar with. It’s fun to travel, meet new people, listen to their stories. We learn a lot. But there are various possible dangers as well.

We entrust our safety to people we have only known for a short while. We cross large bodies of water. I have personally crossed a river home to crocodiles.

We climb mountains for hours in search for the best case studies, the most heart-breaking or heart-warming story. I have walked landslide-prone mountains without even a single house in sight. My guide was scared, and I just prayed that we won’t encounter lawless elements or wild animals.

We brave through storms, even during zero visibility. After the ocular or shoot, we stay up all night to chat with our drivers so they don’t fall asleep during the trip. There was even a time when the fog was so thick that the only way to see the pavement was to look down from the window.

When we go back to base, we still have to spend hours putting together the stories, writing the scripts and editing the videos. We pull all-nighters to rush the story in time for airing. Researchers receive calls at wee hours in the morning to look for additional elements. Some even see their stories in their dreams when they can catch a wink.

To top it off, I even received a death threat because of one of my stories.

Even news personnel who are not doing field work are not exempted from risks. News producers and on-air staff also need to report to work during the worst weather conditions.

We go to work even when not in the best of health. No work, no pay. We juggle multiple shows and log more than 12 hours in the office to pay our bills. Some even sleep in the office.

We have no sick leaves and even have to find people who will take our place should we be absent. Is your health deteriorating because your body can no longer handle the demands of your job? Sorry, no health card for “talents.”

In our work, we strive to make the impossible, possible. We find the most compelling stories and videos. My former segment producer would always tell me to “make it happen” — no matter what. We miss special occasions — birthdays, weddings, anniversaries and holidays. All these we do to produce the stories of the network that has earned numerous local and international awards.

We love our work. But does our work love us?

Despite all these, most people in the industry chose to stay. We’re still here because we are passionate at what we do. For years, we have turned a blind eye to the unfair labor practice.

We’ve written stories on mistreated workers, unfair corporate policies, businesses not giving due benefits and incentives to their employees. And yet we dare not speak about what is happening in our own backyard.

We air news on how the government requires companies to give double compensation to employees when they work during the holidays. Yet none of us are able to claim such. We do not have benefits — SSS, PAG-IBIG, Philhealth, health card. Not even the 13th month pay mandated by law.

And speaking of salary, it is more than just money and numbers. One’s wage is the representation of his value in the company. On the other hand, giving employees higher compensation is not an entitlement to enslave them.

We, the network talents, are not asking for anything more than what is due to us — just basic benefits of employees as mandated by the law.

This is not merely an issue of fairness, of whether the company is being fair in treating its employees. More than that, it is a question of legality, of whether the labor policies implemented are legal. Under the law, there are four elements to determine the existence of an employer-employee relationship:

TV networks hire talents. We go through a battery of tests and HR interviews. The administration renews our contracts every three months, six months, 1 year, 3 years, etc. We sign attendance sheets and go through a month or so of training/probation. Some employees had to outperform other applicants before they were hired.

TV networks reserve the right to terminate contracts. Several employees have also experienced sanctions such as suspension for various causes, i.e., faults in production and scandals.

Wages are paid in two ways — via cheque or through bank accounts where networks directly transfer the money. In the public affairs department, networks pay employees twice a month and the amount is dependent on how many episodes have successfully aired. In the news department, salaries are paid according to a certain formula factoring in daily attendance. Newscasts usually air daily.

Employees receive memos and/or write incident reports in cases of an error in airing, breach of contract or any form of mishap in the show. We receive and read an ethics manual upon employment. Particular positions have a certain call time. There are daily time records and job specifications to delineate tasks. Some shows even have special agreements with their talents, while some talents are “banned” from working in certain shows.

When networks conduct trainings (self-defense classes, production workshops), employees should sign contracts stipulating they cannot leave the network for a certain period of time. Otherwise, they will pay for the training expenses.

Most TV network talents also meet the requirements for regularization under these provisions of the Labor Code:

Article 280
“…Provided, That any employee who has rendered at least one year of service, whether such service is continuous or broken, shall be considered a regular employee with respect to the activity in which he is employed and his employment shall continue while such activity exists.”

Article 281
“Probationary employment shall not exceed six (6) months from the date the employee started working, unless it is covered by an apprenticeship agreement stipulating a longer period…
An employee who is allowed to work after a probationary period shall be considered a regular employee.”

Given all this, it can be said that there is an employer-employee relationship between the network and its talents. Hence, under the law, talents should be regular employees with the following benefits:

Some would argue that contractualization has been the system for a long time. But even if something seems normal, it doesn’t automatically mean it’s right. Corruption in the government has been a part of our system for many years. But it doesn’t make it right. TV networks have news reports about the PDAF scam and alleged anomalies in Makati and the Iloilo Convention Center. But will there be news reports about the what is happening within the television industry?

Simply put, no one should bend the law and its interpretation to fit their interests. If that is the case, then we do not have laws. We have suggestions.

Others would argue that network talents may be too idealistic. But these demands are realistic given that they are mandated by law. Year in and year out, there are stories on how a TV network’s income and ratings continue to grow. And yet the talents working to keep up the ratings and income are left behind.

If we take away the idealism of the people in the industry, then I fear for its future. This very same quality is what fuels network talents to produce award-winning stories and programs. We strive to make even the unthinkable possible.

Recently, more than a hundred talents filed a new regularization complaint. After all, there is a limit to what we can endure for the love of our craft.

The complaint is still up for resolution while the National Labor Relations Commission deliberates through the merits of each camp’s position paper. This is a fight between David and Goliath and it scares us. But we see through our fears; we know we are in the right position.

We, the network talents, are not ungrateful. We are merely taking what is rightfully ours in the first place. A lot of things have been said and done. Many have registered their opposition, but only a few remain to stand for their beliefs. The bottom line is one cannot change what one is unwilling to confront.

Behind the glitz and glamour of the TV industry are the faces and stories of real people. The struggle goes on but we will endure.

We are a hundred and strong. 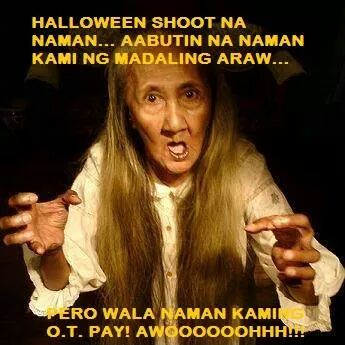 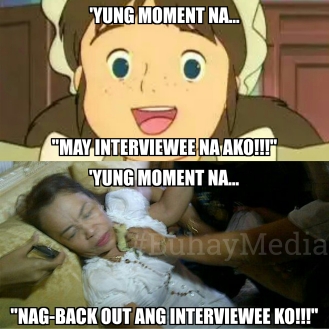 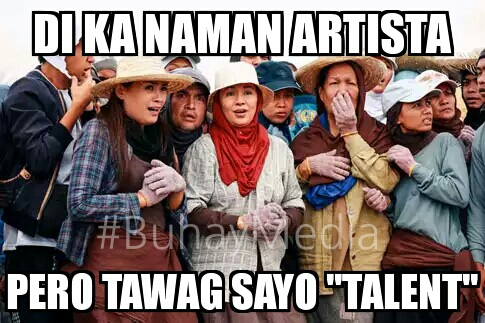 Disclaimer: This article does not express the position of the entire website. However, four of its eight authors are part of the regularization complaint filed against GMA Network and are at risk of losing their jobs by the end of the year — the author Edma Remillano, Lian Buan, Apple Gamboa, and Dawnavie Dadis.