It happened August last year. Despite his difficulty in breathing, he had to go out of the house alone to go to the local medical clinic. After numerous tests, he received a diagnosis of pneumonia with prescriptions that would last him a week. He took them secretly and religiously but had chills and nights filled with pain and silent grimace.

On the seventh day, the medicines were not working and his family rushed him to the Lung Center of the Philippines.

He doesn’t like the feeling and idea of being in the hospital but he knew he needed it. After a new set of tests, the doctor advised immediate confinement. However, the hospital had no vacant room so he transferred to Capitol Medical Center. He was already crying when his parents were signing the confinement papers.

He kept imagining the hospital room would be the last thing he’ll see before he dies. He knew something was already wrong but he couldn’t quite put a finger on it. He had to undergo more laboratory tests. For three days, he had uncontrollable chills and had to be placed under a certain light bulb to be warm. He was like an egg — except that instead of being born, he felt like he was dying.

On his fourth day in the hospital, the doctor told him he had pneumocystis carinii pneumonia (PCP). He took new medicines but they were still not working. The doctor asked his loved ones that the family had to talk privately.

After that conversation, he had to undergo one last procedure: a blood test. During the seventh day, he heard the whisper of death. The kind of pneumonia that he has is associated with a certain condition.

This person who is a big part of my life, a friend I’ve known for years, had a diagnosis of Acquired Immunodeficiency Syndrome or AIDS.

AIDS is a condition where the immune system becomes weak to a point that it can no longer fight common infections that it normally can. HIV or Human Immunodeficiency Virus is a retrovirus that causes AIDS. Its presence in the body lowers the ability of a person to fight off diseases. It attacks and weakens the immune system.

According to Dr. Jonathan Fontilla, a consultant who works with the Department of Health and World Health Organization, there are two possible conditions before a person living with HIV receives a diagnosis of AIDS.

Transfer of the virus can occur in these body fluids: blood, semen, vaginal/cervical fluids and breast milk. However, no one can acquire the virus through kissing, casual contacts or handshakes, living, drinking or eating with an infected person, mosquitoes and bed bugs.

How quickly does a person infected with HIV develop AIDS? The length of time can vary widely between individuals. Left untreated, the majority of people infected with HIV will develop signs of HIV-related illness within 5-10 years. However, the time between an HIV infection and an AIDS diagnosis can be 10–15 years, sometimes longer.

As he knew the truth, my friend felt engulfed in furious waves that won’t stop coming.

The diagnosis made him experience a full spectrum of emotions: anxiety, denial, fear, guilt, hopelessness, concerns about finances, accuracy of tests, and the reaction of family and loved ones. For days, he was stuck in bed. He can’t breathe with his lungs. He never ate his meals. He was afraid. He still wants to chase his dreams. But he felt as though the world stopped all of a sudden.

He stayed in the hospital for twelve days. But he lost count; it felt like eternity. We would go out of our way to visit him in the hospital. These were the few times we could still see him smile. But even when he was finally sent home to his family, he didn’t feel better at all.

Aside from pneumonia, he had tuberculosis and retinitis. Like knives poking his already fragile body, other diseases emerged out of nowhere. These were complications of AIDS. In figures, the doctor told him a normal person’s immune system is 500. His was -5. He wanted to give up on life. Sadly, he wasn’t the only one going through all of these.

Cases of HIV continue to rise in the Philippines. According to Dr. Eric Tayag, chief of the National Epidemiology Center of the Department of Health, there are 16 new cases of HIV everyday.

The Philippine government only started an HIV/AIDS Registry to record statistics in 1984. From that time up to now, here are the total numbers:

There is no cure and vaccine for HIV. Anti-retrovirals (ARVs) may only slow down the replication of the virus. These drugs fight HIV by stopping or interfering with its reproduction inside the body.

As of June 2014, there were 6,935 People Living with HIV (PLHIV) presently on Anti-Retroviral Therapy. This number is not cumulative. It does not include those who died, those who left the country and those who decided not to continue with the therapy. These people are currently receiving medications from 18 treatment hubs in the Philippines:

To help the larger hubs, there are already smaller treatment hubs in Manila Social Hygiene Clinic (SHC), Pasig SHC, Klinika Bernardo Quezon City, Marikina SHC and Cebu City SHC. But persons living with HIV are complaining that these treatment hubs are too few for their number. With their weak immune system, it is also very difficult for them to travel frequently for medicines.

My friend who lives in Quezon City actually has to go to RITM in Alabang to get free anti-retroviral drugs. He said he inquired to get medicines from nearer hubs like Philippine General Hospital and San Lazaro Hospital but they asked for fees.

Worse, they are given supplies that could only last from two weeks to one month. They would have to go back to these centers. My friend also experienced the severe side effects of his medicines: nausea, repetitive vomiting, lost of appetite. His mind was also going haywire.

Last May 2014, the Department of Health said they are pushing for mandatory HIV testing for high-risk groups and target populations.

Certain groups immediately opposed it. The Network to Stop AIDS Philippines described mandatory HIV testing as illegal and ineffective. As it is, Filipinos already find it hard to reveal they have HIV. With mandatory testing, advocacy groups believe people will hide their condition even more because they fear further persecution.

Mandatory HIV testing will only heighten stigma and discrimination. My friend shared the following experience:

“Yung isa kong kaibigan, nalaman ng company niya na may HIV siya. Tinanggal siya sa trabaho. Paano naman siya natulungan sa ganoong paraan?” (I have a friend. After his company knew he has HIV, they removed him from work. How did the test help him?)

Instead, the State can only encourage voluntary testing for individuals with high risks of contracting HIV. Republic Act 8504 or the Philippine AIDS Prevention and Control Act of 1998 clearly states the following: “No compulsory HIV testing shall be allowed.” (Article III, Section 15).

As of now, DOH has no definite plans to implement mandatory testing. Yet they have started discussing the subject with some lawmakers.

As of now, my friend is still unemployed. But he is trying to find an online job that will not ridicule or discriminate him — a job that will sustain his expenses for treatment. He still hasn’t admitted his condition to all his close friends, yet his family knows his situation. They will continue to support and stand by him through all the difficult moments.

But not all people infected with HIV/AIDS have people around them who love them unconditionally. My friend knows he is facing a death sentence with AIDS. He has no idea when his body will falter. Worse, most people have no idea about the pain they are going through, physically and emotionally. The lack of understanding about HIV and AIDS seems to be a greater epidemic than the actual condition.

Luckily, there is a cure for ignorance: empathy. 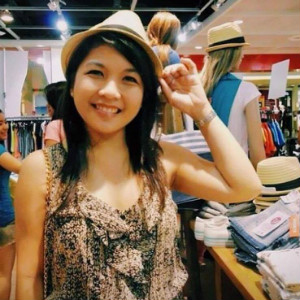 Apple Gamboa was an interview and field producer for GMA News, particularly the newscasts Quick Response Team and News to Go. She is currently a producer for lifestyle TV shows and documentaries. Travelling and music is her passion and she takes risks as her personal reality medicine. Journalism 2010, UST. Read more of her articles here.