It’s only been half a year since Taiwan has opened up and relaxed its visa rules for its Asia Pacific neighbors, and already we’re seeing a surge in tourists arrivals in Taipei.

In 2016 alone, there was a 25% spike in the number of Filipinos who visited this island-nation barely the size of Luzon. These were 172,475 visitors from the Philippines, according to the Taiwan Tourism Bureau.

It is quite the same number of Filipinos either residing in Taiwan or working in manufacturing factories or industrial offices there, Taiwan Ambassador Gary Song-Huann Lin said in an interview.

Thanks to the Taiwanese government’s New Southbound Policy which has made visa applications electronic, and thus easier. This foreign affairs policy shift “calls for the development of comprehensive relations with ASEAN, South Asia, and Australia and New Zealand, while promoting regional exchanges and collaborations,” according to the Ministry of Foreign Affairs of Taiwan.

Taiwan is surely a destination you should dare not miss, especially with cheap fares available from local airlines and affordable hostel rooms in Taipei. So for the millennials taken over by wanderlust or otherwise, Taiwan must be on your bucket list. Here are five pointers to remember when you travel to this underrated Republic.

Taiwan is a mountainous island nation with warm summers and mild winters. Half of its area is covered by forests as you will observe from the usual tourist destinations in and outside of Taipei.

The best time to visit Taiwan is springtime or during the first quarter of the year when temperature can reach around 10°C or cooler. 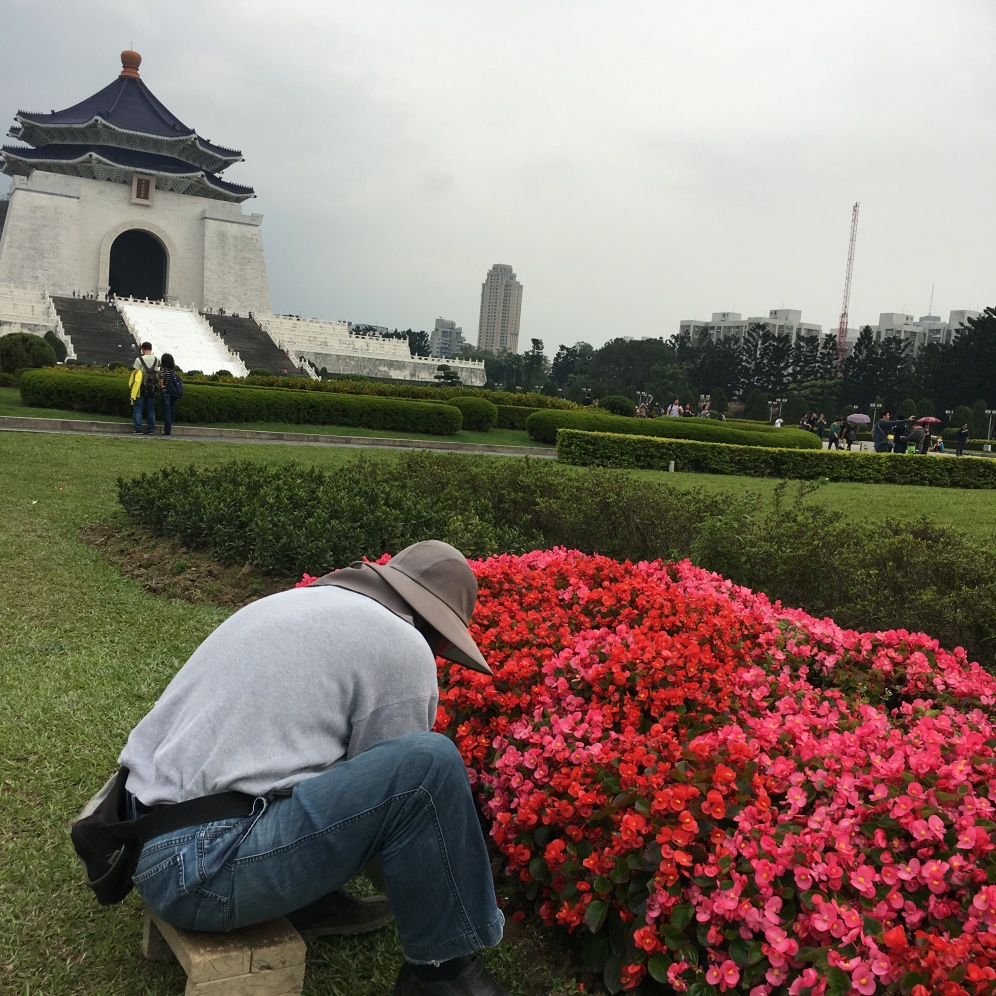 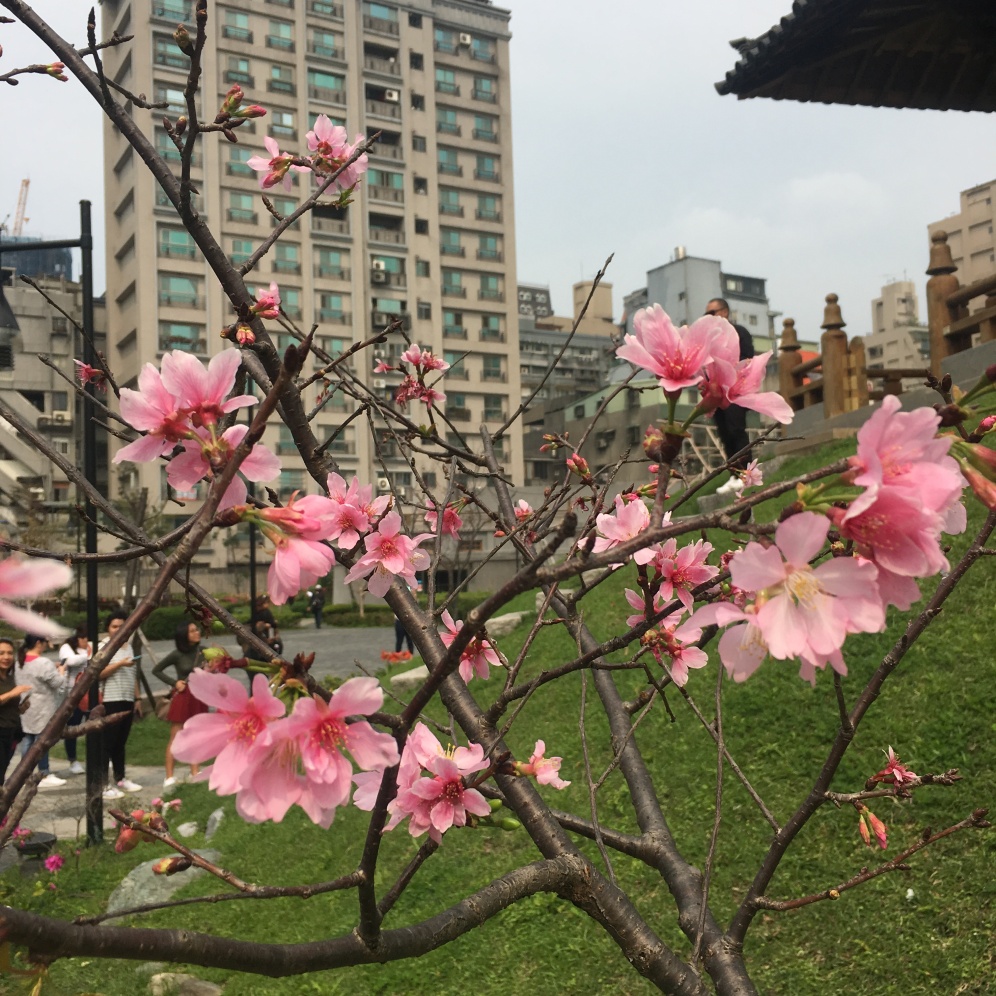 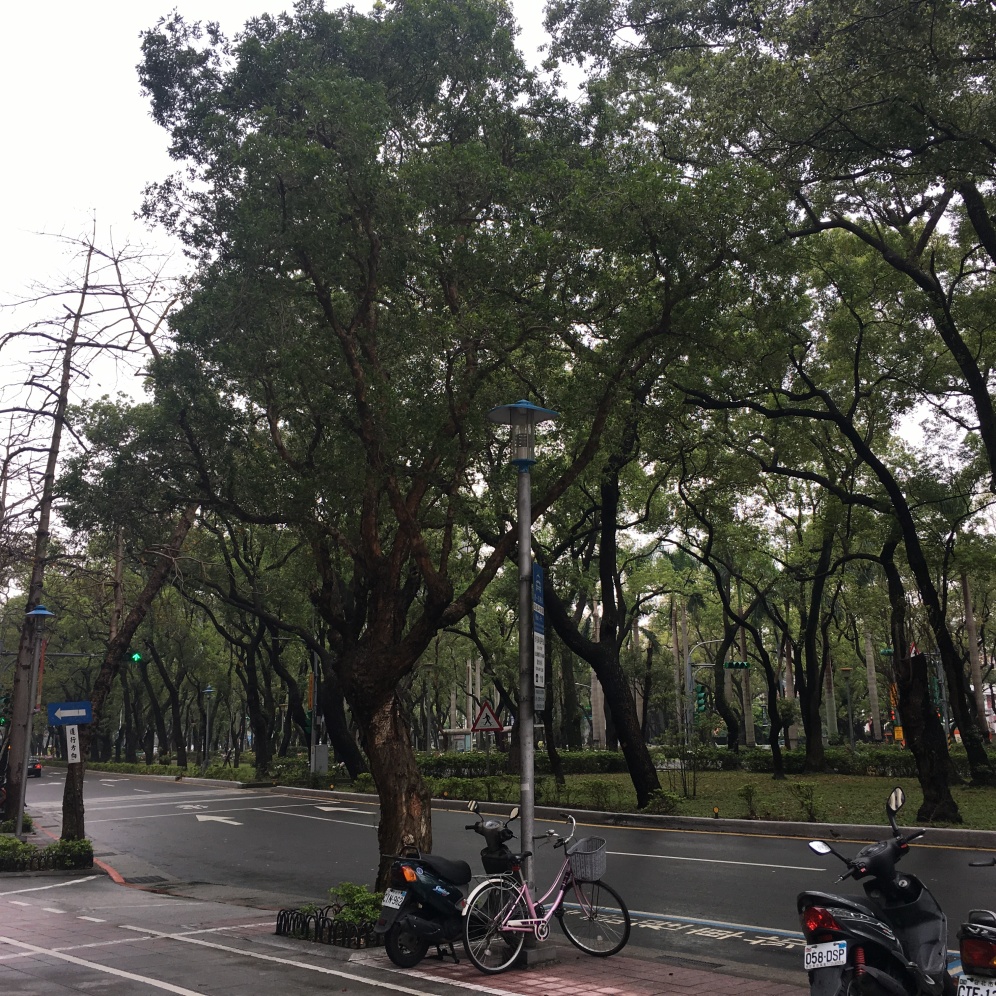 Politics is a sensitive issue for the Taiwanese. Before the turn of the 20th century, the island, previously under the tutelage of Mainland China, has been ceded to Japan after it won the Sino-Japanese War. But four decades past, the US placed Taiwan once a again under Chinese administrative control after Japan surrendered during the World War 2.

Then in 1949 Nationalist Party leader Chiang Kai-Shek lost in the civil war against the communist forces of Mao Zedong and fled to Taiwan, which Chiang Kai-Shek ruled until his death in 1975.

To commemorate the beloved nationalist leader, a monument in a vast and grand memorial hall was built in the 1980’s. 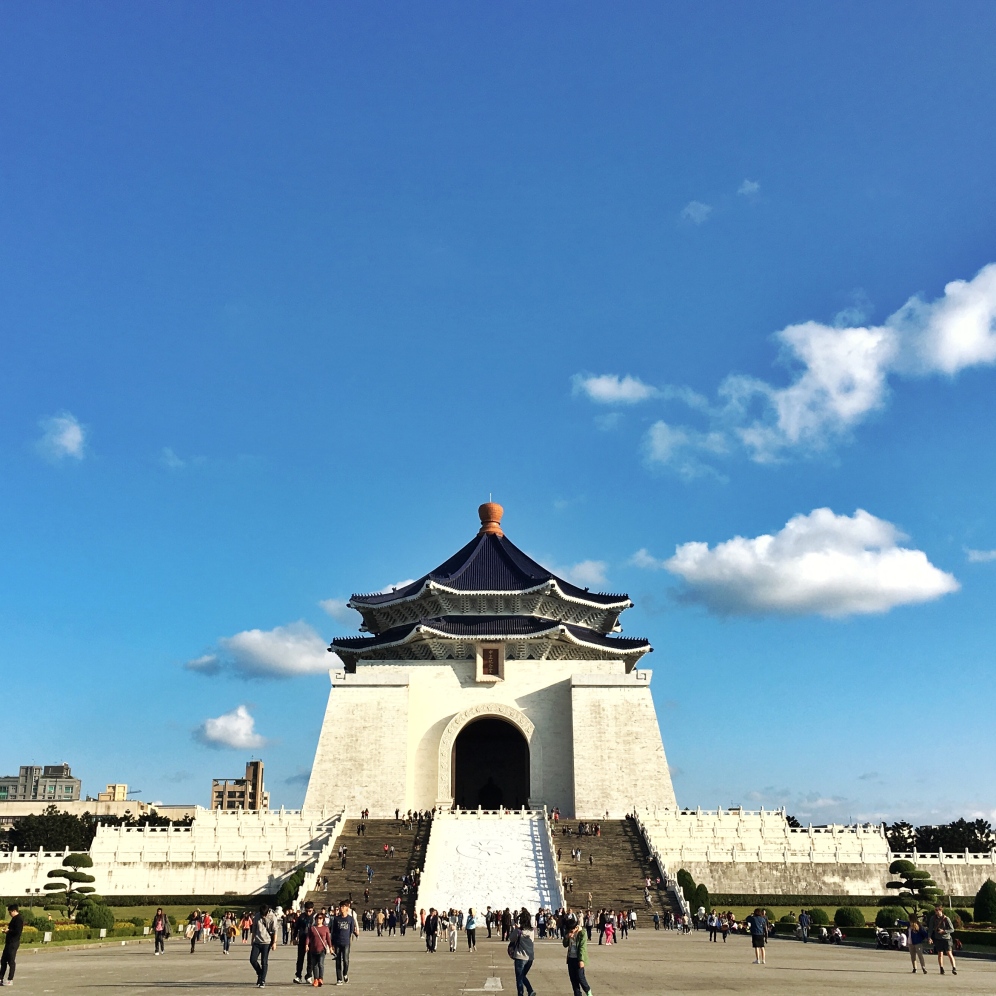 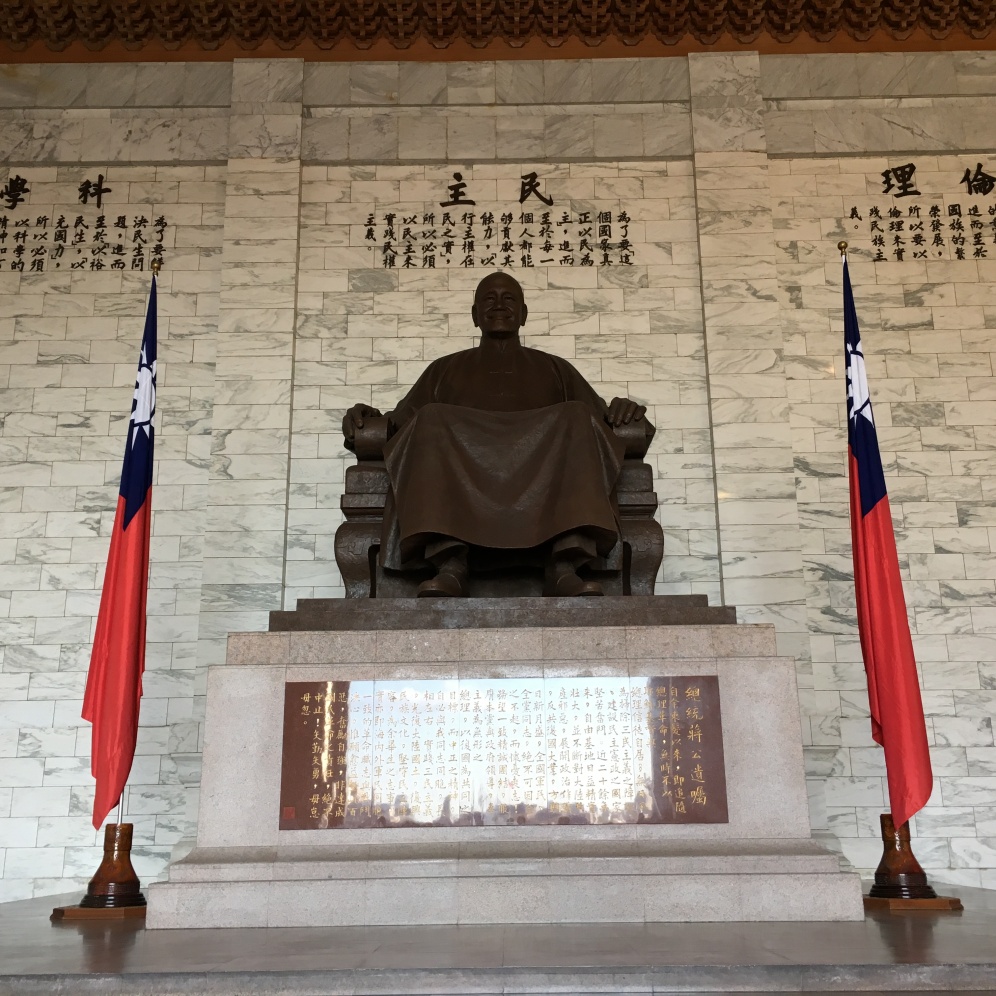 Back in their home, the Taiwanese take pride in their rich heritage and history through the extensive collection of Chinese arts and artifacts totaling to 700,000—taken by Chiang Kai-Shek to Taiwan and now housed in the National Palace Museum. 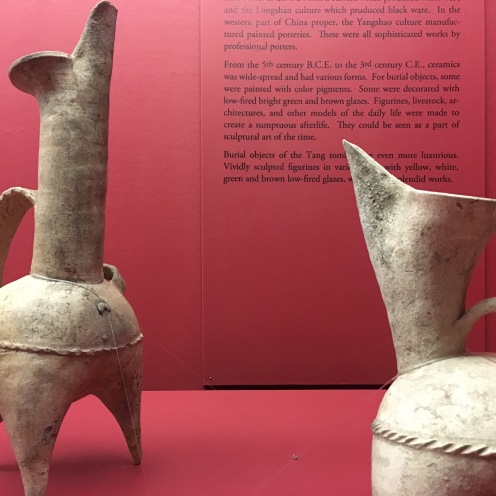 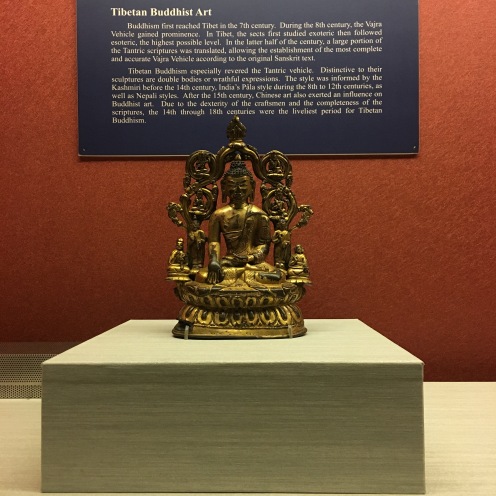 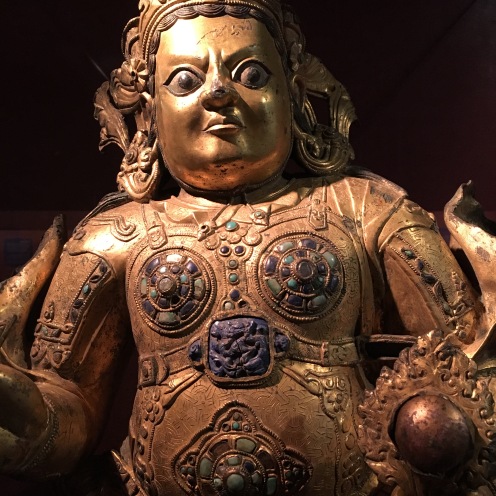 Until today, Beijing considers Taipei as a rebel government which only adds heat over the question of democracy and independence. In fact it was only in 2014 that China and Taiwan held their first government-to-government talks.

The Taiwanese tend to be eclectic when it comes to religion. Taoism and Buddhism are the principal faith in the island, while there are also Christians, Muslims and Protestants. Everywhere in Taiwan there are temples, and visitors should be sensitive enough not to disturb the faithful during prayers. 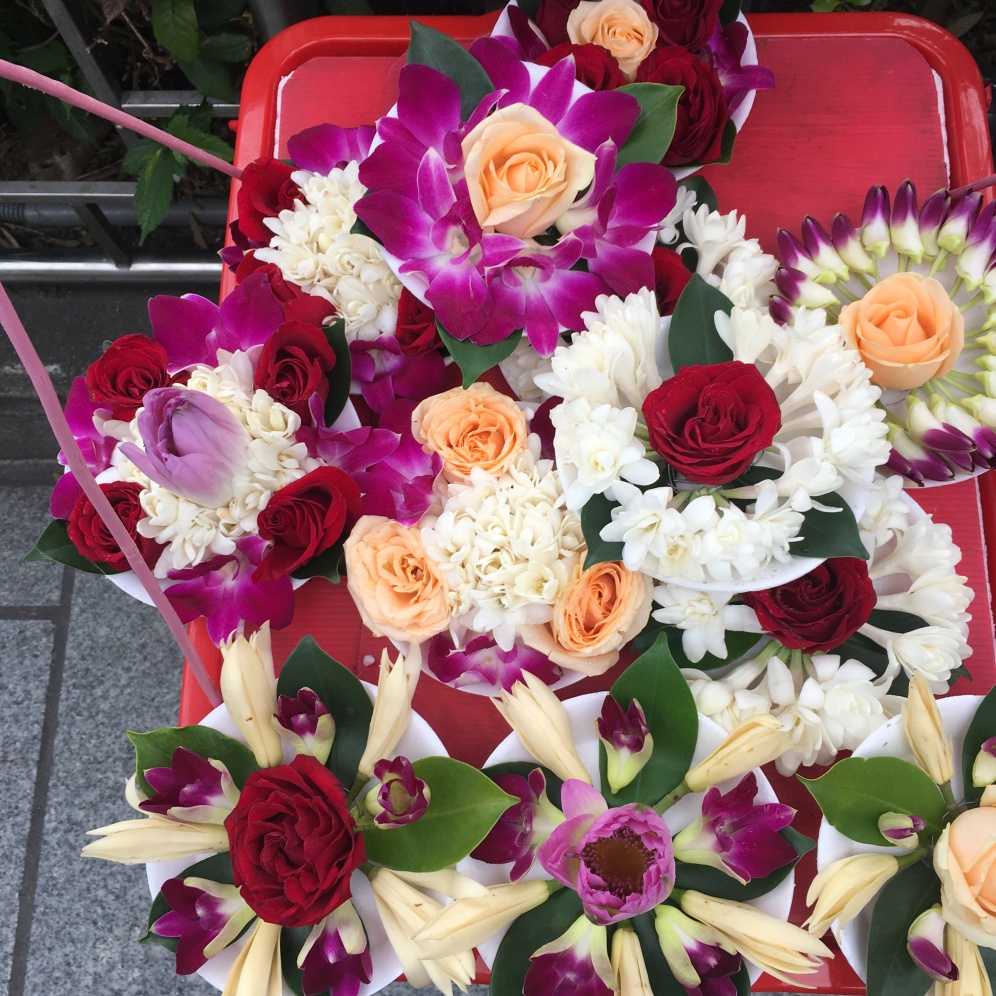 With the majority of the population being descendants of immigrants from mainland China, the modern Taiwanese society is heavily influenced by Chinese culture and tradition. Many are speakers of Fukien and Mandarin, and, compared with the neighboring cities in the region, many too are fluent in English.

All around Taipei there are English signages which is not the case in other areas outside the city. Nevertheless, it is easier to navigate with the gentle Taiwanese always ready to help.

The modern Taiwanese culture too offers gastronomical delights some of which would not be found in the conventional Chinese menu. 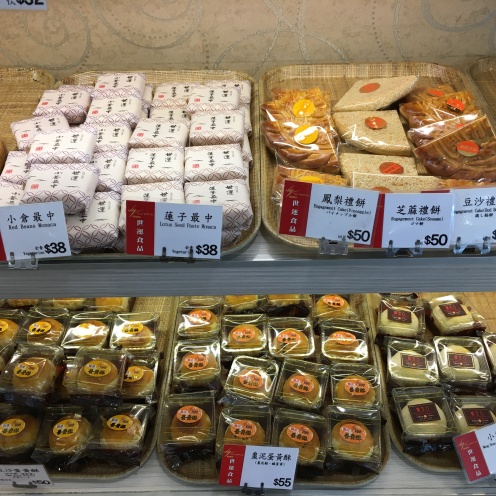 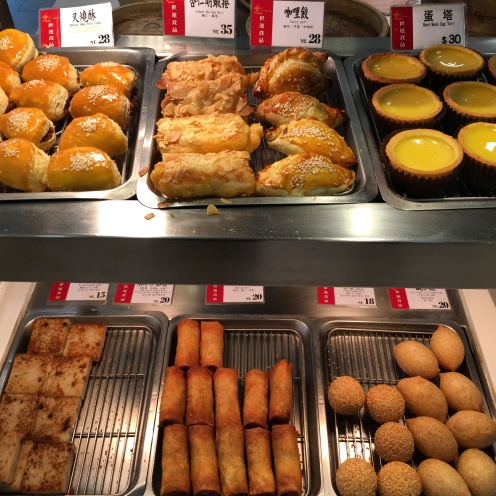 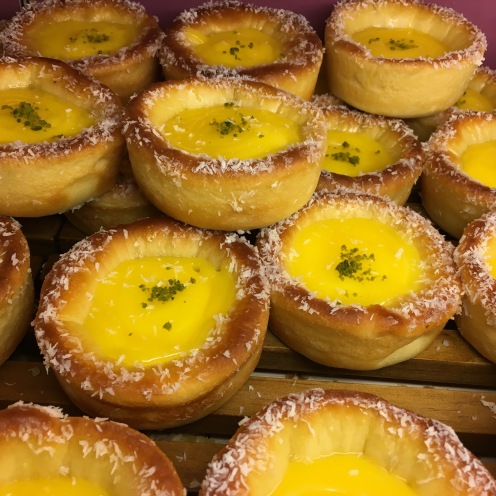 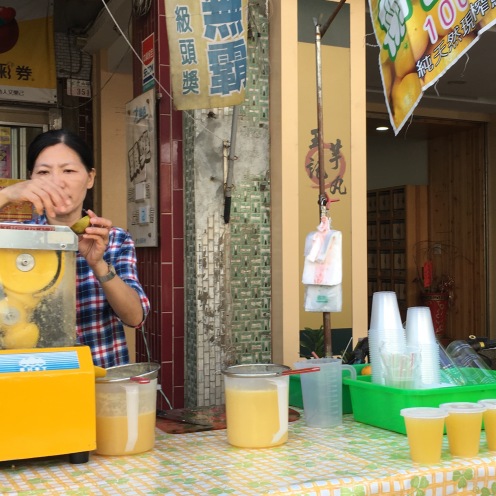 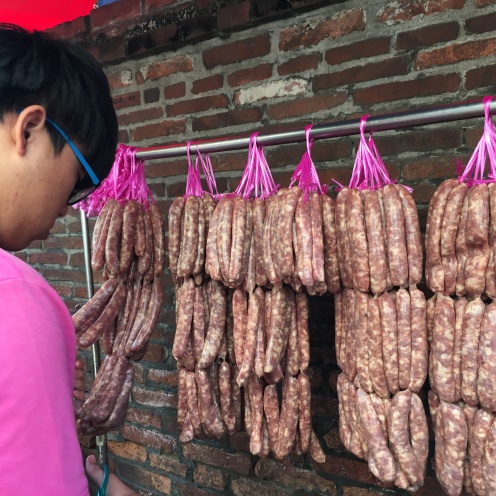 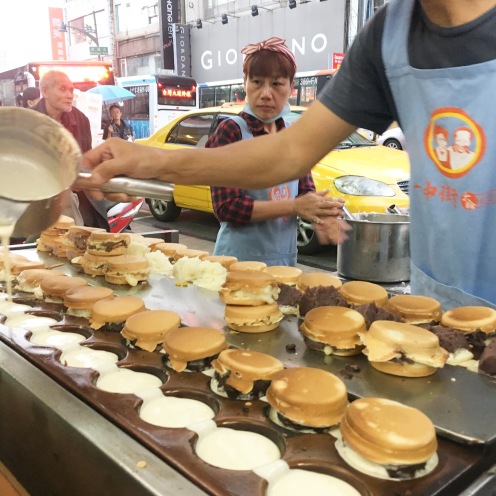 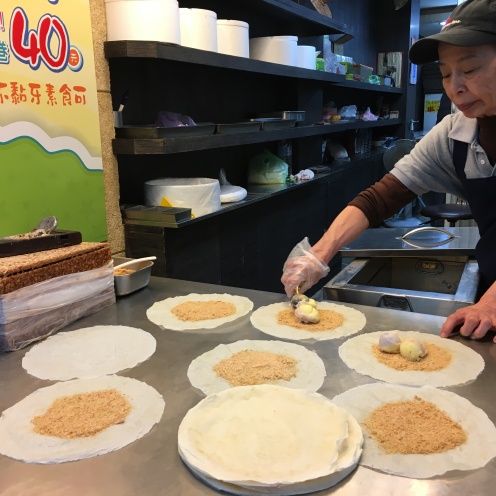 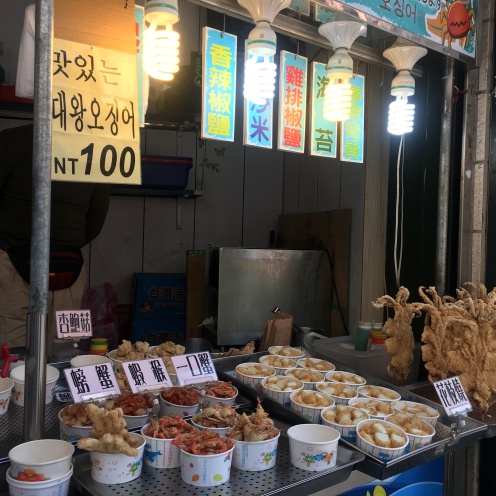 Whether it’s the usual 2N3D-trip, it’s insane to miss out on the charming old street of Jiufen, reachable either by train or taxi from Taipei.

Factories and industrial complex converted to creative parks are in abundance in Taipei, same with heritage villages like this one in Lugang Township—an hour or two bus ride from the port city of Kaoshiung, which lies in Southern Taiwan. 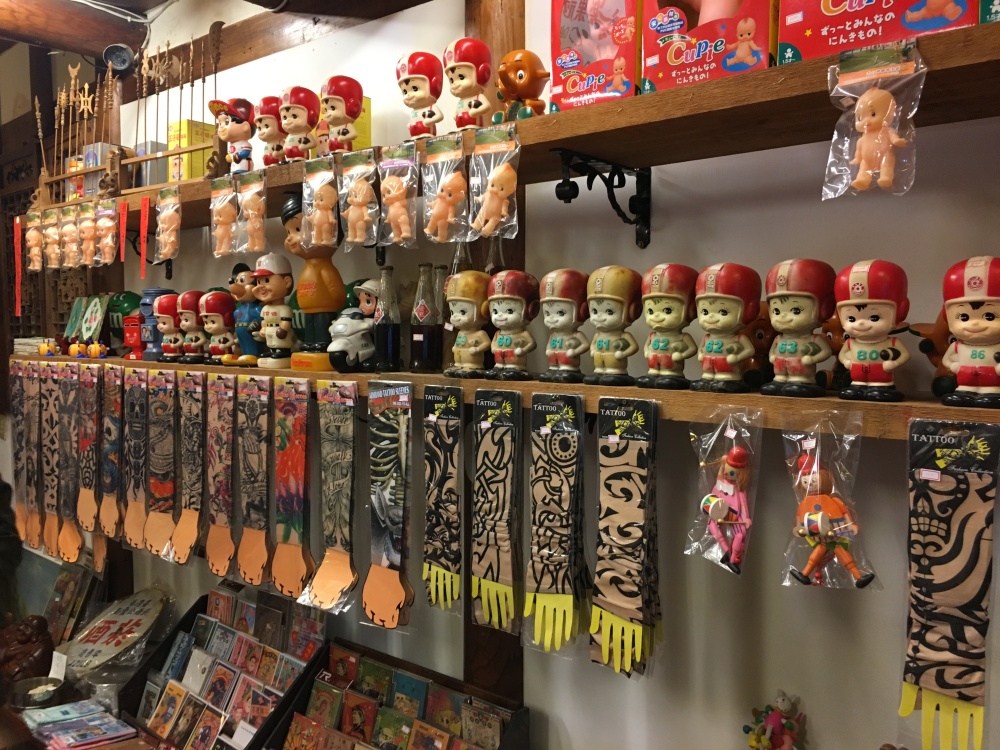 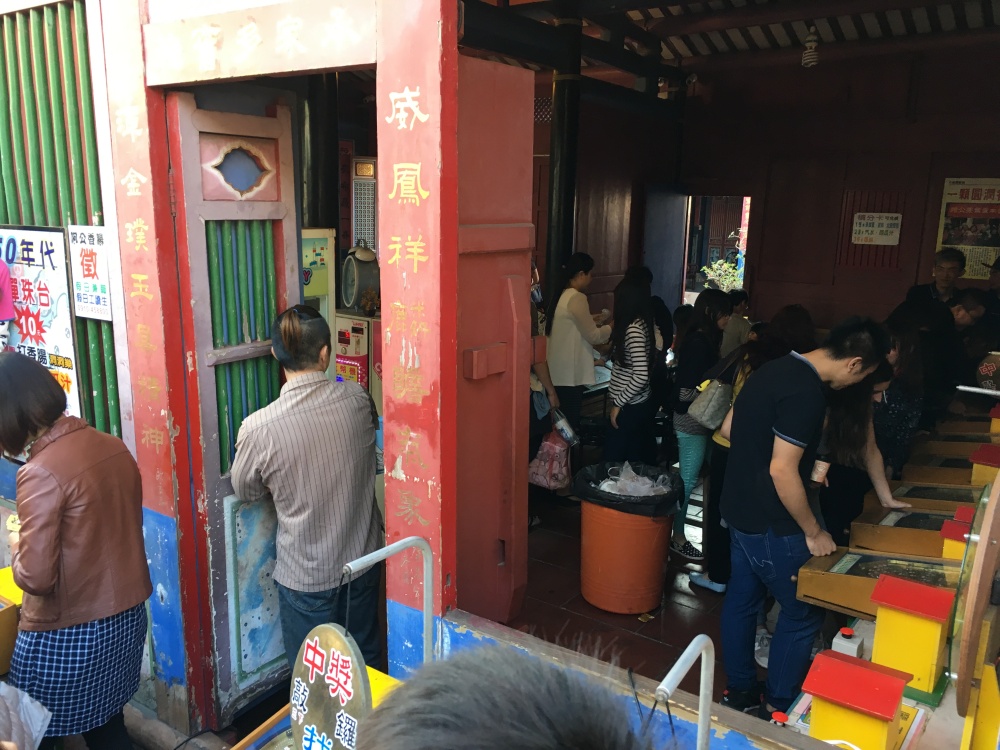 A Filipino visitor in Taipei would be amazed how less than a two-hour travel from Manila can spell a huge difference in terms of everything—considering the Taiwanese economy being among the Four Asian Tigers, or the highly-developed Asian nations along with Hong Kong, Korea and Singapore; while the Philippines remains a developing nation and still lags as the Fifth Asian Tiger.

The Philippines shares a very similar political-economic post-war history with Taiwan, with both countries delving on the import-substitution economy—tapping local businesses to aid in the war recovery but with the state remaining as the lead economic player. No doubt Taiwan has succeeded in their national industrialization experiment, which the Philippines, unfortunately, failed to do. 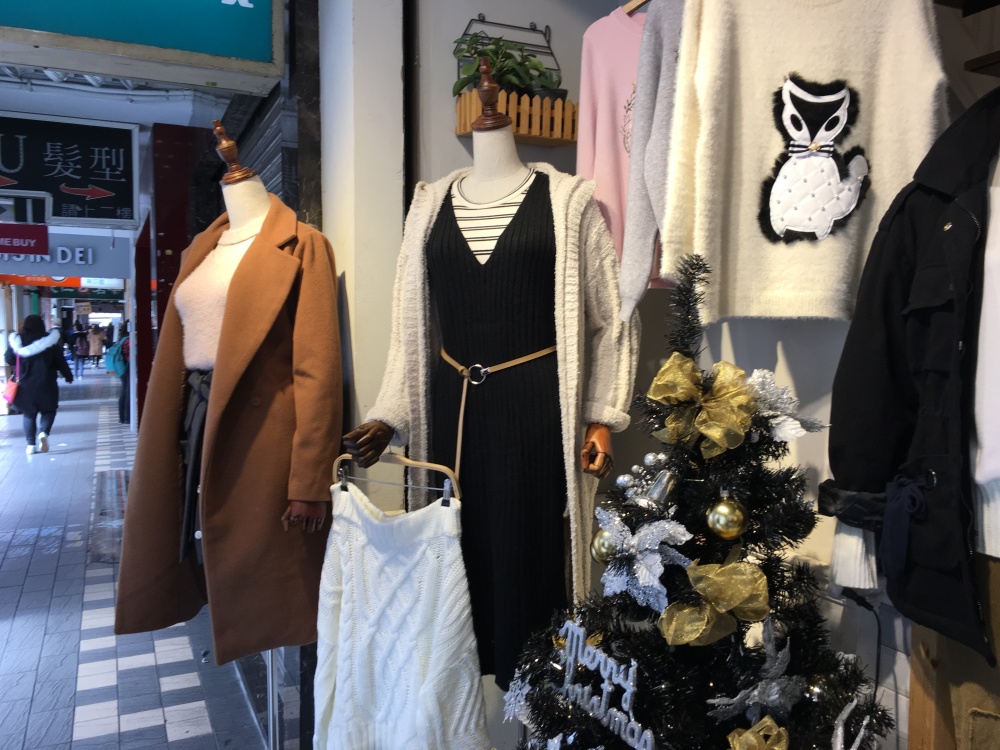 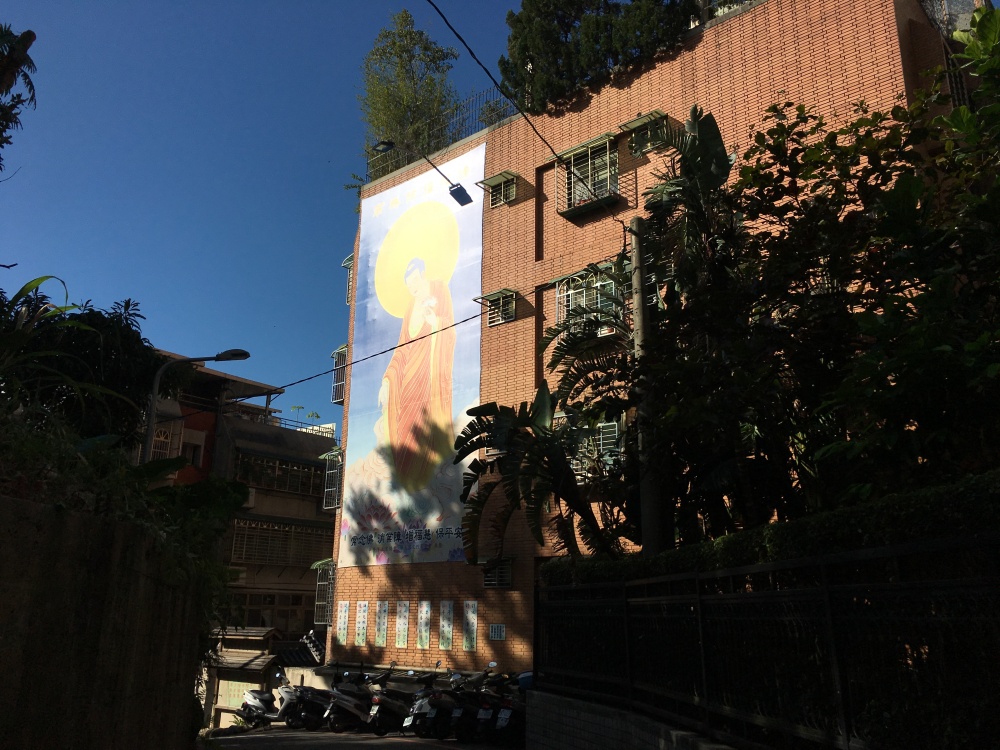 Some two decades ago or in early 2000, most Filipinos knew Taiwan only because of the Asian teenage drama Meteor Garden—which incidentally will have a remake come 2018. Back then the island seemed to be a boring Asian destination only for Filipinos seeking greener pastures.

But the time is ripe to explore, understand and to learn from our closest neighbor and possible ally—separated only by the Bashi Channel—to which we share the same ancestry and history.

Starting June 1, Filipino tourists could visit Taiwan visa-free. Meantime, for Filipinos traveling soon, getting a tourist visa can be done in a brisk if you hold a visa issued by Australia, Canada, Japan, Korea, New Zealand, any of the Schengen countries, the United Kingdom, or the United States. You may apply here to get your e-visa.

After his five-year stint in GMA News producing and writing investigative reports, feature segments, scripts for various newscasts, and hourly and breaking-news programs, he is now with the Public Relations realm of Ogilvy & Mather as Media Relations Manager.

Previously, he was in the development sector working as Media and Communications Officer of children’s rights group Save the Children. Journalism 2009, UP Diliman. Read more of his articles here.

For more photos of his trips in Taiwan and elsewhere, check out his Instagram.