KAMPONG CHAM, CAMBODIA — Hun Heang and his six siblings were born and raised into farming. They inherited the half-hectare land of their parents in Kang Meas district, Kampong Cham province, Cambodia. He was seven years old when he learned how to plant rice. Life was easy then, according to Hun. But as years went by, farming has become a challenging livelihood.

“The last two years was really bad. Rain had not come to all the places,” Hun said.

The unpredictability of the weather drove away all his siblings from the village: “they could not survive doing rice farming so they migrate to the cities.”

Hun stayed behind to look after their ailing parents. Hun, now thirty, is among the remaining youngest farmers in their district. The oldest ones are around sixty years old. According to Hun, younger people in their village have become unenthusiastic about farming: “they do not want to wear dirty clothes as farmers and want to live better lives in the city.”

The International Organization for Migration published data in 2016 revealing that 75% of households in agricultural communities in Cambodia had their members migrate to cities and other countries as a coping strategy against farming challenges due to climate change. Almost half of the households rely on remittances from kins working in the cities, as income from farming has become undependable. 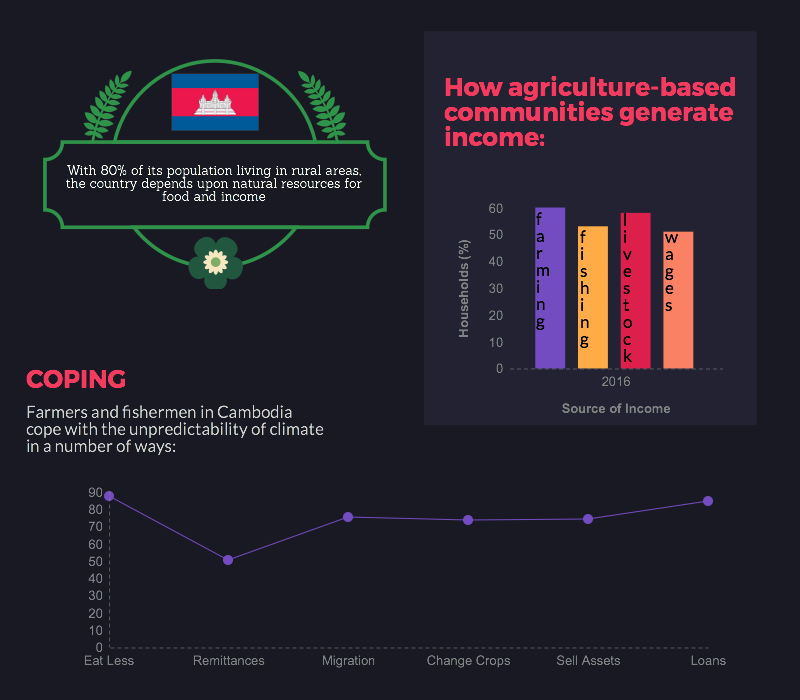 Kang Meas commune chief Layseng Hong is concerned that they might not have enough farmers for the next generation.

“I don’t know how difficult farming is in your country but here, it is very difficult. Farmers make small profit,” Layseng told ASEAN reporters who visited Kang Meas through a journalism fellowship sponsored by UNESCO Bangkok and the Malaysian Government.

The commune chief explained that farmers have not yet recovered from the drought in 2011, 2012, and 2013. In 2016, the farmers only had one rice-planting season instead of two.

To compensate for unfavorable weather conditions and get higher yield, farmers are using chemical fertilizers, which is something that Layseng does not approve of. The village chief explains that this practice will render the soil unarable in the long term and it keeps farmers in debt.

For a hectare of land, a farmer borrows around $100 for chemical fertilizers. According to Layseng, an ideal yield per hectare is 3 tons of rice pegged at $300 per ton. In the past two years, farmers were only able to produce an average of 2 tons of rice per hectare, sold for only $200 per ton.

“The government has to teach farmers organic farming and find market to sell rice at a higher price,” Layseng said. 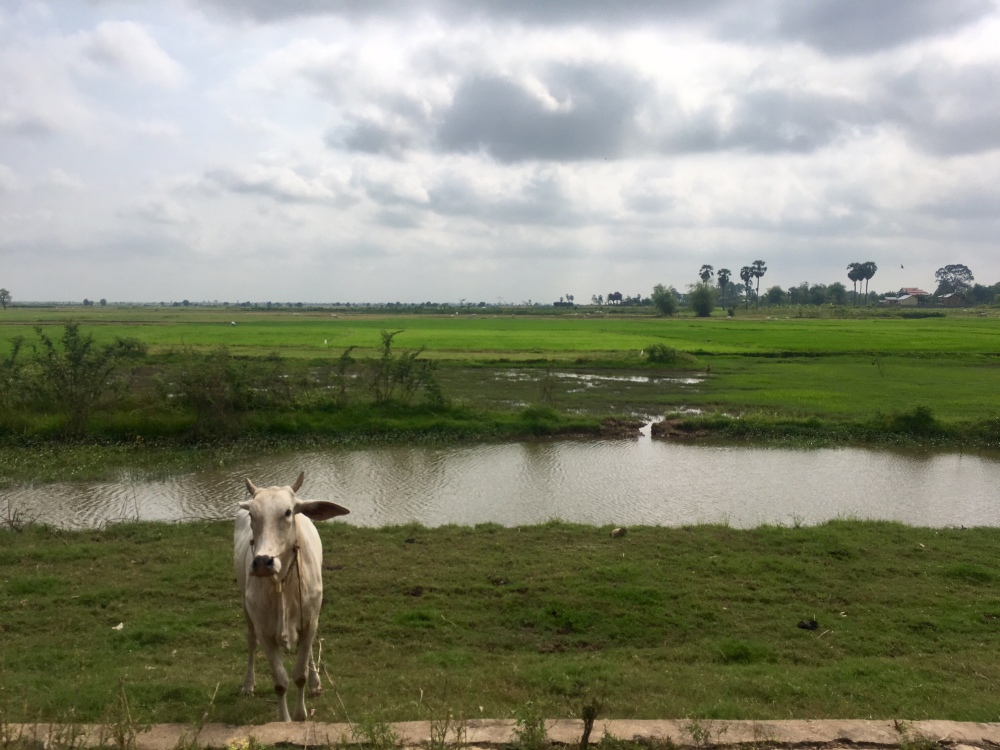 Migration and Farming Challenges in the Philippines

Farmer migration is not unique to Cambodia. It is also present in its neighbors in Southeast Asia like the Philippines and Indonesia.

A study by Jaime Manalo and Elske van de Fliert published on the Asian Journal of Agriculture and Development in 2013 noted that engagement of young people in agricultural livelihood in the Philippines dropped by 15% from 1988 to 2006. Children of farmers migrated to the cities even if farming is still somehow profitable in their villages. Farmers are aging and enrollment in agricultural courses continued to decrease.

A paper published by Dr. Marilyn Elauria in 2015 for the FFTC-AP (Food and Fertilizer Technology Center for the Asian and Pacific Region), entitled “Farm Land Policy and Financing Program for Young Generation in the Philippines” revealed that in 2013, the recorded average age of farmers was 57.

“Assuming an average life span of 70, a shortage in the labor supply of farmers is expected in 15 years,” Elauria said.

She further explained that the high average age among farmers means that younger people “shun farming because of its perceived hardships.”

In a report released by the Philippine Statistics Authority in 2014, farmers ranked second among the poorest sectors in the country, with a poverty incidence of 38.3%.  The highest poverty incidence was recorded among fishermen at 39.2%.

The sons and daughters of Filipino farmers cannot be blamed for wanting to leave their farmlands. Weather unpredictability has kept their families in debt. George Junatas, a Filipino farmer from the town of Trento, Agusan del Sur province, Philippines, was shocked by the amount of rainfall brought by the tail end of a cold front in late January this year. What was supposed to be a yearly source of natural irrigation turned out to be a catastrophe. The flood destroyed more than 400 houses, displaced hundreds of families and disrupted livelihood. It was planting season then; most farmers had just planted seedlings for harvest in April. Farmers from 25 affected communities collectively lost at least $100,000.00. The entire province was in a state of calamity.

Junatas glumly looked at his 1.5 hectares of land that was submerged in flood. He said he regretted planting earlier that day because right after he finished, heavy rain poured. That time, he had to take another risk, as he did not have any other source of income apart from planting rice: “Maghahanap muna ng pera. ‘Pag may pera, magtanim. ‘Pag walang pera, e di mangutang. ‘Pag may uutangan, mangutang (I will look for money I can loan so I can buy seedlings and plant again.)”

The Case of Indonesia

From 2010-2014, Indonesia recorded a 3.15 million decrease in the population of farmers. 63% of farmers’ children has also expressed disinterest in farming.

Country Network Coordinator of AgriProFocus Indonesia, Tina Napitupulu explains: “Young people are not interested in agriculture because being a farmer is seen as an unpromising profession. Farmers are struggling with debts and live in poverty, whilst actually lots of youth are successful in agriculture. Plus, the global demands for food is increasing, so becoming a farmer is a good business opportunity.”

Still, these opportunities do not seem very attractive to young Indonesians.   62% of remaining farmers in Indonesia are 46 years old and above.

Pending Dadih Permana, Head of Agriculture Training and Human Resources Development Ministry is worried: “One day, Indonesia may have no farmers.” 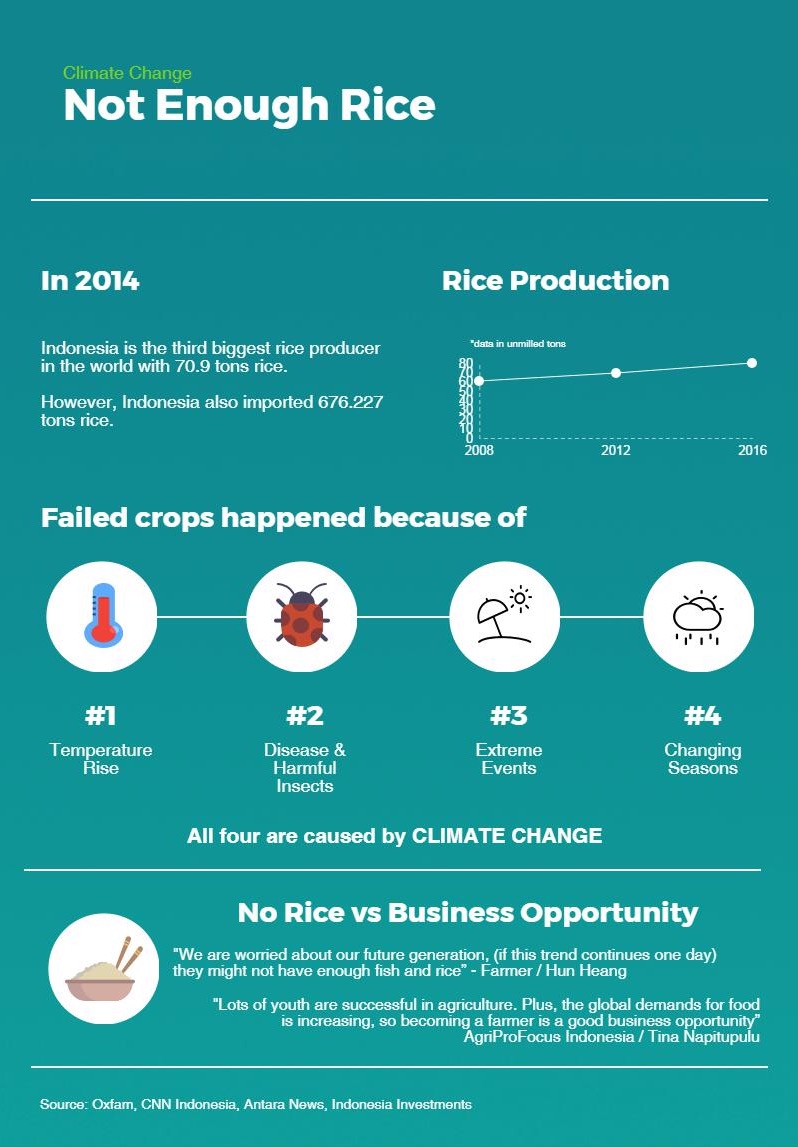 The Future for the Children of Farmers

When not on the farm, Hun drives a cart pulled by two cows to take passengers in and out Kang Meas. He had to engage in different livelihoods to adequately feed his family of four. His wife helps in the field and looks after the house. He has two daughters aged 8 and 4. The elder one goes to school.

“Do you want your children to stay in your village to continue farming or do you also want them to work in the city?” a journalist asked Hun. 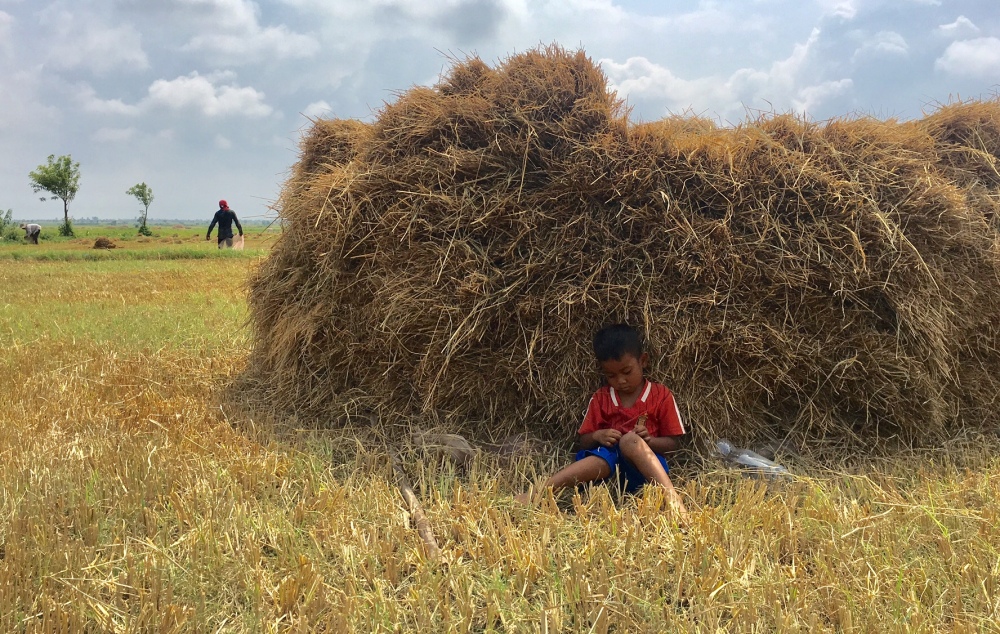 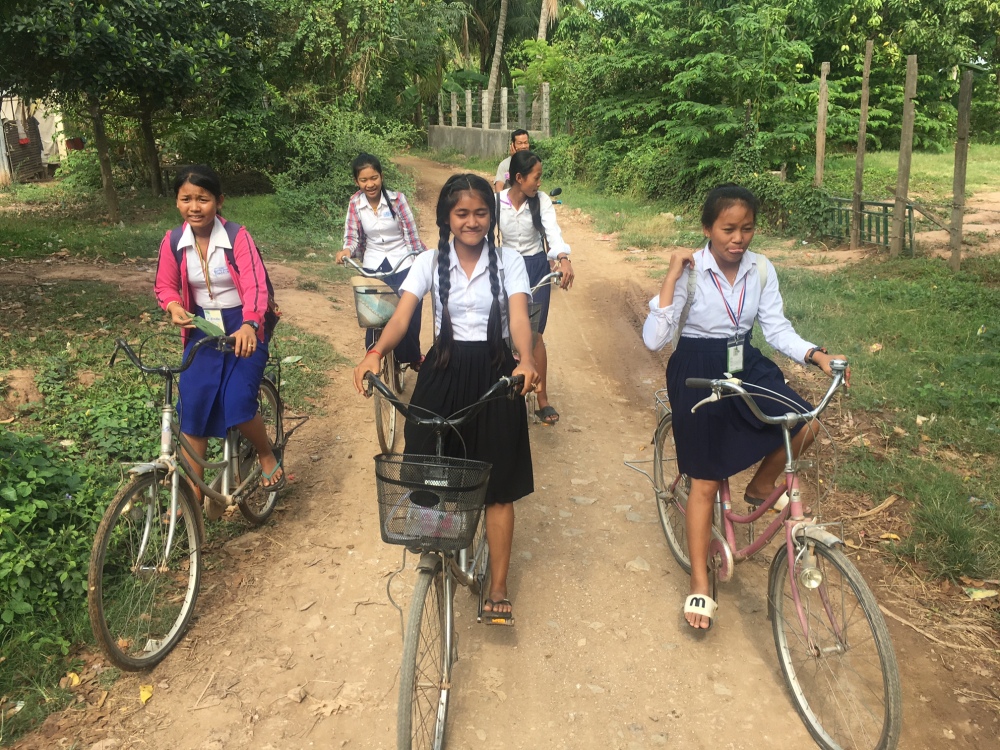 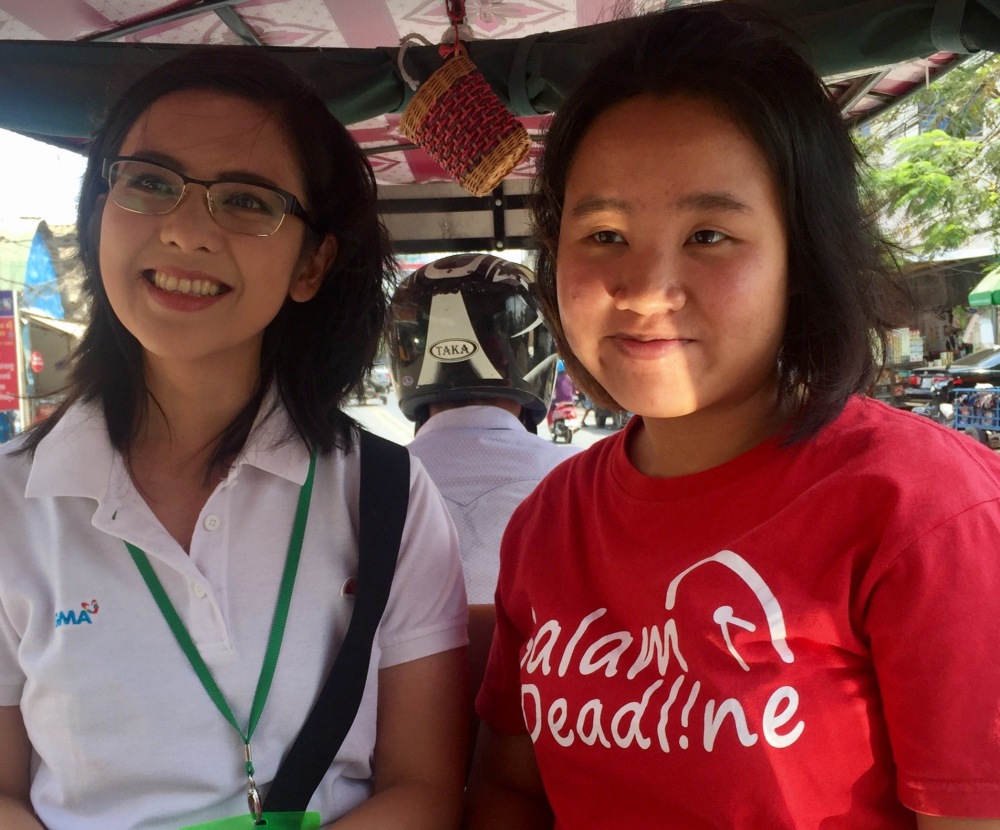 The authors during a tuk-tuk ride in Phnom Penh. Photo courtesy:  Areeya Tivasuradej

Tricia Zafra is a Filipino TV journalist while Jennifer Sidharta is a freelance journalist from Indonesia.  They were selected to participate in a journalism training in Cambodia this month organized by UNESCO Bangkok, the Malaysian Government, Climate Tracker Southeast Asia, and the Cambodian Institute of Media Studies.