Let me try to make sense for my millennial counterparts another weeklong rollercoaster ride for the foreign relations of the Philippines courtesy of no less than our unorthodox President Rodrigo Duterte.

Super Typhoon Lawin wrought havoc in Northern Luzon, but this was the most surprising news of the week: Duterte announced in a highly anticipated meeting at the China’s Great Hall of the People that the Philippines is pursuing “separation” from what many considers to be its longest and most loyal foreign ally, the United States of America. In front of President Xi Jinping and other top Chinese leaders that it is “time to say goodbye” to the U.S. because “America has lost now.” 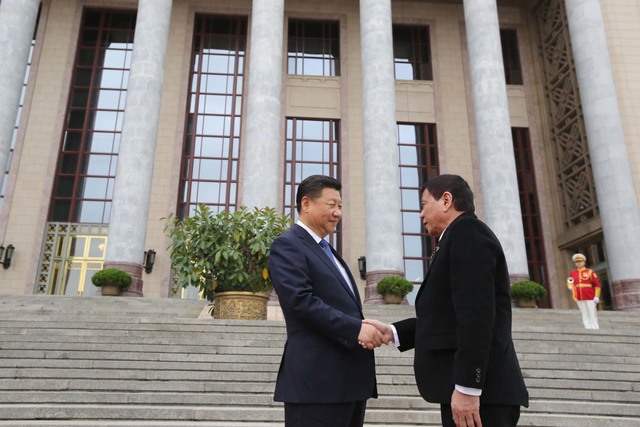 But in true Duterte fashion, in less than 24 hours, the President upon arrival from Beijing late night Friday flip-flopped from the new Silk Road alliance, quickly clarifying that “it’s not severance of ties. When you say severance of ties, you cut diplomatic relations. I cannot do that.” The President went on to clarify that what he is pursuing is “separation” in terms of an independent foreign policy.

Hours after the President issued his clarification in a midnight presser, Foreign Affairs Secretary Perfecto Yasay came to rescue and explained in a Facebook post what our President truly meant —that the “separation from our former colonial master is demanded in pursuing our independent foreign policy. It implies breaking away from the debilitating mindset of dependency and subservience – economically and militarily – that have perpetuated our little brown brother image to America, which has stunted our growth and advancement.”

But the damage, it seems, has been done. The break-up news has made its rounds worldwide all over the Internet and traditional media, and the netizens have already rabidly reacted.

In a matter of hours, U.S. Department of State Assistant Secretary Daniel Russel, America’s top diplomat for Asia, arrived in Manila to clarify what Duterte actually meant by “separation.” While in a seemingly well calculated manner U.S. Ambassador Philip Goldberg turned over to the Armed Forces a C-130 plane, which according to him is a “perfect example of how and why our partnership works.” C-130 planes, by the way, was produced from the 1950’s to 1980’s.

What is strikingly interesting though not necessarily surprising was how the Filipino intelligentsia reacted on the recent turn of events, with one former top diplomat even calling it a “tragedy” during the weekend.

If any, it must be a proof of how the U.S. has been indeed successful in making the Philippines its most loyal ally in this part of the world, and we Filipinos its most successful oriental experiment.

More than half a century after we were “granted independence” as a commonwealth nation, we act as if we are still under the tutelage of Mother America. Up until today we believe as we are made to believe that we are its favorite partner in the Far East. Never mind the difference how it treated Japan and South Korea after the Second World War.

Social Weather Stations released last week a research verifying what the world has known all along —that an overwhelming part of the population has “much trust” in the U.S., getting a “very good” +66 trust rating. Filipinos, meanwhile, has “little trust” for China quantified at -33.

Trust always comes with affection, and, in the case of our trust in the U.S., it comes with loyalty, tons of it.

So admit it or not it is a bitter truth that part of our selves, part of our nation’s soul, remains to be a colony of the U.S. And whether we like it our not, we are more American than we think.

That is why we are and will forever be grateful for the Mutual Defense Treaty, never mind if not a single American president declared categorically that it will go to war to honor the pact and protect our shores.

That is why we are and will forever be grateful for the gift of democracy the leaders of the free world bestowed upon us, never mind the abuses their military committed whether they were officially allowed to operate in our soil.

Never mind that it was America who brokered the deal which paid the Philippines only 25% of war reparations.

Never mind that once upon a time, or until 1974, Americans can buy and own properties in this far away land.

That is why we are and will forever be grateful for the gift of trade agreements, which has perpetually tied Philippine peso to U.S. dollars, first at P2 to $1 and then to forever. Bell Trade Act, ring a bell?

That is why we are and will forever be grateful for the gift of public education, which until this very day is being taught in schools as an American legacy, never mind if the system still imposes English as a mother tongue, the way it did when the same colonial administrators decided to impose it as our official language of instruction, business, court and government administration. Homaygahd.

Of course that is all history now, but having put the U.S. and Philippines’ so called “special relations” into the spotlight now, we might as well revisit and remember the story of that unceremonious marriage proclaimed more than a hundred years ago.

An impassioned speech peppered with curses cannot destroy this marriage. So while “separation” is far from happening, we could now be in a cool-off status, a temporary break up where in one or both parties could be exploring and calculating opportunities.

So where do we go next? Is it China? Maybe. Is it Russia? We’ll never know. But make no mistake, it is expected of any nation to protect its own interests and the interests of its people. That is the very nature of foreign relations. 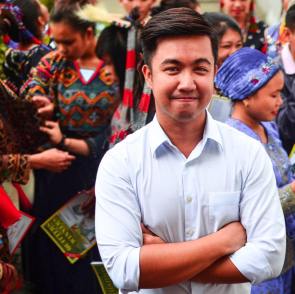 Toni Tiemsin is the Editor-in-Chief of SubSelfie.com. He is also a Media Relations Manager in a 360-communications agency in Makati. Previously, he was the Media and Communications Officer for international aid group Save the Children. Before his work in the development sector, Toni was an Executive Producer for the hourly and breaking news spot of GMA News and Public Affairds, News Producer for the primetime newscast 24 Oras, and formerly the Supervising and Associate Producer of the Special Assignments Team, the investigative and features unit Of GMA News. Journalism 2009, UP Diliman. Read more of his articles here.