At no other time in recent memory has any group of policemen elicited as much public sympathy as the Fallen 44 SAF Commandos. In the midst of the horrific nightmare that triggered this outpouring of emotion is an opportunity.

At any other time, many of us would regard the police as the least heroic, most notorious of the front line public servants ordinary citizens come in contact with. Some of this reputation is undeserved, as there are noble policemen who perform their duties and even save lives with little fanfare. It’s the numerous scalawags among them who give the rest a bad name.

But now we have the Fallen 44. The Philippine National Police is now the 44.

The brutality of their deaths is the flip side of the purity of their action. Some have observed that the loss of life occurred on both sides, and in the civilian community, yet the tributes, especially in the media, have been showered only on the 44, giving rise to charges of a pro-government bias.

The emotional reaction is not about who they were but what they did – they followed orders in an impossible mission to protect the public, regardless of religion and ethnicity (two of the SAF commandos were Moros).

The magnitude of the public reaction to this tragedy is a golden chance at redemption for the police. That could be the biggest legacy of the Fallen 44. But the PNP’s leaders, including the Commander-in-Chief, must recognize that opportunity for sweeping reform.

Any kind of redemption must begin with ferreting out the facts of what happened in Mamasapano. Much remains to be probed and answered, but this we already know: suspended PNP chief Alan Purisima was the most senior police officer involved in the planning of this mission. President Noynoy Aquino himself acknowledged his role.

At the very least, this bloody fiasco should finally settle the fate of Purisima, whom the Ombudsman had already ordered suspended without pay last December. This was after a Senate panel raised serious doubts about his integrity in its final report on its investigation of Purisima’s wealth and transactions.

Not only did President Aquino continue to defend Purisima, a long-time acquaintance, but entrusted to the much-maligned police chief the most important security mission in years, while keeping the OIC PNP Chief Leonardo Espina and DILG Secretary Mar Roxas in the dark.

Making Purisima accountable is a necessary step to give the PNP a fresh start and enable PNoy himself to begin to recover from what may be the worst crisis of his presidency.

It will also solidify the status of OIC Chief Espina, who so far has deftly demonstrated a combination of rage, restraint, and empathy in response to the deaths of his men, while publicly showing little bitterness that the planners of the operation essentially made him look like a fool. He has acted like a pro.

What happened in Mamasapano punctuated a horrible year for the police that began almost exactly one year ago in January 2014 with the discovery of a “wheel of torture” in a secret police “safehouse” in Laguna.

A human rights advocate with Amnesty International told me that while torture is a grim business for police in other countries, it appears to be more fun in the Philippines where it seems to have become a “form of entertainment” for some police units.

That was followed later in the year by the kidnapping on EDSA in broad daylight of a businessman by armed men in civilian attire and unmarked vehicles. An alert youth riding in a nearby vehicle took pictures and tweeted them, leading to revelations that the kidnappers were “hulidap” police officers belonging to a syndicate operating out of La Loma police station.

Then last December, Amnesty International released a landmark report on rampant police torture in the Philippines. A long-running and underexposed practice by law enforcers, torture could not solely be blamed on then-PNP chief Purisima. But he was deafeningly quiet about the torture report, as he has been about the Fallen 44.

No police officer to this day has been convicted of torture, according to the Amnesty International report, despite a recent anti-torture law that is much admired by the global community.

Then just before the Mamasapano massacre, street cops complained of not getting their allowances for papal protection duty, raising suspicions of PNP funds lining pockets yet again.

Crime remains rampant, few are solved. The PNP cannot even share the geographical crime data it possesses with the public so citizens will know where it is safe and unsafe. It is no secret that other law enforcement agencies, including the AFP, the NBI, and the Coast Guard, are often hesitant to work with the police because of a lack of trust.

The obstacles to police reform are huge, not least of all the corrupt practices that have been ingrained for years. Rank-and-file cops, such as the dead SAF commandos and the foot patrol officers who didn’t get their allowances, are just as much victims of these problems as the public that the police fail to protect and even often shake down.

Whatever the outcome of the probe into the Mamasapano tragedy, one hopes that it sparks a wider reform that will instill police up and down the ranks with the same kind of selfless service that the public saw in the brave men who charged into unfamiliar territory in search of two of the world’s most wanted criminals. 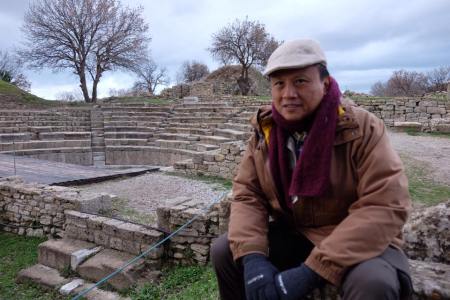 Howie Severino is the Vice President for Professional Development of GMA News. He is also an award-winning documentarist for I-Witness and a news anchor for News to Go. Editor’s Note: This commentary piece was reposted with permission from Howie Severino. It was first published in his Facebook page and also appears on GMA News Online.