My editor asked this question right after I went back to work: “Bakit umuwi ka pa? (Why would you want to return?)” The Executive Producer of a morning newscast asked me the same, with additional input: “Something is very wrong with you.” This was not the first time I heard these remarks.

I have just returned from a two-week vacation from London, not just as a tourist though. By virtue of a visa, I’m also technically a resident of England.

People have been telling me for years that I should stay in the land of the Beatles and Harry Potter — in a tone as if it’s really a general rule to want to live outside the Philippines.

And why shouldn’t it be? 12 million of our fellows are unemployed, according to independent polls. Our Social Security System has an unfunded liability of P1.07 trillion. Now the SSS is transferring the burden on its members by increasing the contribution rate just so funds won’t go dry. The government shoulders only a quarter of our healthcare spending.

And I can leave all that, for the United Kingdom no less — for a country that gives me partial medical benefits even if I’m not its citizen, yet I have always returned to Manila, time and time again.

Here are the entitlements I could have had in England: a job that will pay P100,000 monthly, an apartment and a car which the government would help me pay

But I didn’t and this is how I turned out. I’m a contractual employee who has no social security whatsoever. I just tend to my illness with a P10 paracetamol or a P300 massage if I could afford it. My vacation leaves from work will not be paid for too. I live in a condominium unit which my mother pays for. Threats of eviction loom every other month whenever she feels like she should no longer be supporting her 24 year old daughter who’s supposed to be a professional.

“I swear you have to move out and get your own place soon.”

“Sure, I’ll just rent a room in Quezon City. It’s near work.”

There is always a sigh at the end of these conversations. They were sighs that used to be: “just move here and that wouldn’t be a problem.”

Except for the house, I have lived within my means and fended for myself after graduation, to assure her I’m okay. I want to believe I have lessened her worries. After 11 years, I think she has accepted that as much as I enjoy being in England, I will never call it home.

I was the child lent only to her by my dreams. I defied her wishes, one after the other. I chose to come back after only a year of living in England. I chose to take up Journalism instead of Nursing which would have eventually brought me to the 1.4 million-strong Health Care Industry in England.

Instead of leaving the Philippines immediately after graduating from UST, I chose to get a job at a newspaper — later at a little-known magazine which would pay me just above the minimum salary. I chose to take on the struggles of the “overworked and underpaid.”

Despite all the apparent advantages of a first world country, why is Manila better than London?

My answer is simple: it is here where my dreams came true. If I move to England, what are my chances to still be a journalist? To still get to write, even? But that’s not to say Manila is the safer choice. If anything, it’s the more difficult one to make.

Times are hard for the dreamers, especially in a city with too many people but so little resources to spare. But that is exactly what’s pushing us to strive.

British students are offered free Nursing Education just so the UK government could fill the countless jobs they refuse to offer to non-European citizens. If you get knocked up, the government will provide you a house, send you to school and give you an allowance so you can continue being productive. Blue-collar jobs pay enough so you can get a house, have a family, send your children to school and still have enough left for some luxury such as out-of-country holidays. Contentment comes very easy.

But I do not live to just be content. Neither do Filipinos.

In England, a lot of people stay in their counties and go by never getting to see London, to try and make it there. Here, young people are moving to Manila every chance they get. Stories of boys and girls from small towns making it happen in the city are unfolding everyday. Because perseverance is what we’re made of.

It’s in our DNA. We are hard-wired to always try and seek better opportunities.

It doesn’t justify this kind of set-up though. For one, our provinces should be able to provide the same opportunities for its locals, precisely what the pork barrel should have done had it not been for corruption. Our government should be providing more jobs. 300,000 unemployed licensed nurses is an anomaly; 7 million graduates working below their skills is not acceptable.

Our system is problematic. That has been known for a long time now. But allow me to use a rhetoric that celebrates the fact that we strive to defy the odds.

It is here in Manila where girls in denim shorts hang out in malls, sing karaoke in stores, and later, at the Ellen Degeneres Show.

It is here where street children learn the intricacies of soccer, and later, compete at the Homeless World Cup.

It is here where a crippled boy from Tanauan, Batangas battled poverty to become the Brains of the Revolution.

It is here where the people topple a 21-year dictatorship, and declare the corrupt system of pork barrel illegal.

How did we do it? Because we said we would and we said we can. We dreamed and made it happen. There is no other place filled with so much accounts of perseverance and triumph than here.

Daniel Dejapin, a street vendor in Manila at the age of six, is on his way to the Robert Bosch College in Germany for a full scholarship.

Yeb Saño from Leyte now negotiates for the country in the global discussion of Climate Change.

Manny Pacquiao, the scrawny kid from General Santos City who we now call the “People’s Champ,” was the richest statesman in the House of Representatives — and is now a Senator!

I’m not in their league yet but I also came from the province. I was a girl from Tarlac who joined every campus journalism contest since I was 10 and lost every one of them. Now I find myself with a few minutes of national TV airtime everyday, getting to do what I have always dreamed of.

There are a million others like me, who will one day have the choice to leave the country. They should; some would. I am not closing my doors too. But in the meantime, let me pay homage to Manila, the city that has taken care of me, inspired me, and made me see that we are not a hopeless case. It’s difficult, but it’s not impossible.

Dreams come true here. They do everyday. You just have to give it a chance.

To address issues raised by some readers, I just want to clarify that this essay is in no way meant to romanticize my labor plight. I don’t like being contractual, it hurts me every time I’m reminded I have no social security. If anything, I wrote this to raise awareness, a call to authorities and corporations, that this country is abundant with young people who are willing to contribute even if they don’t get anything much in return. And it’s probably high time that we are taken care of, nurtured, and given importance so more of us will stay, without sacrificing a lot. 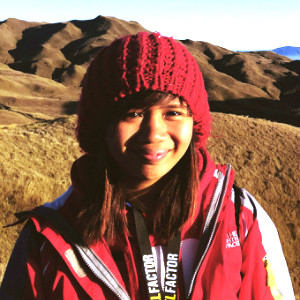